A reader emailed asking if I had experienced Buyers Remorse after buying the Swift Spectral Tiger Mount.

We get a lot of emails at The Gold Queen and although Community Manager Matojo answers where she can, sometimes the personal questions need a personal reply.

Did you really spent 1 mill gold on spectral tiger? They sell now on my server for 300k each. I’ve made a million gold in this expansion but recently my son decided to go on a shopping spree and bought himself a X-51 rocket mount for 135,000g when I went to the store to buy groceries.

Do you regret spending that much gold on one mount?

Since then, the prices have fallen very low due to Trading Card Game item duping, which has flooded the market.
You can see the effect this has had on the market at sites that map prices, like WoWuction

I don’t have any regrets about paying for what I knew to be a genuine item.

It was something that I had wished for for 6 years, and it took a great deal of courage to spend it all in one go.

It wasn’t just that special mount that I bought that weekend in April. I also spent another 300,000g on gear and achievements that I knew would last me six months until Mists of Pandaria.

The “do you regret it”issue is a similar to a raiding issue I had recently. I was explaining where I got my T3 chest, and said that I raided Naxxramas with 40 people. The person I was explaining to simply laughed and said “you had to take 40 people into Naxx? I can go there with a few mates just to farm, you must be a real nub if you needed 39 others with you lol“.

So what I really paid for when I got my Swift Spectral Tiger was the opportunity to be one of the first on my server with the mount. I never need worry about saving up for him again. I’ve named him “Doug” by the way!!

Do you forgive your son yet for spending all that gold on your mount? I hope so, because it can take courage to spend a lot of gold on any one item.

[quote]Sometimes we just need a little push to treat ourselves to something that we deserve. <– Click to Tweet this [/quote] 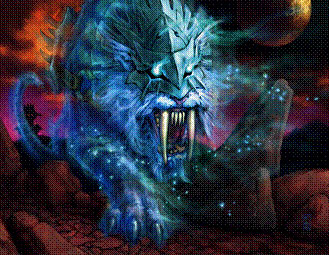 I love you Doug mwah mwah

The One That Got Away

I well remember the time the Swift Spectral Tiger came up for sale on my server for 750,000g, back at the beginning of 2012. Because every copper of my gold is earned the hard way, by farming, crafting, or AH sales, it took lots of courage to click “buyout” on that mount. I quivered for a few seconds before hitting the confirm button. Can you imagine my cries when the AH told me that the Swift Spectral Tiger was no longer for sale! Someone had actually bought it between the time I clicked “buyout” and “confirm”. omg.

Have you ever had a mount or expensive item like that swiped from under your nose?

How much do you need to spend on an item before you start to experience buyer’s remorse?

All Quiet on the Durotar Front
Scroll to top
This site uses cookies: Find out more.