Are you a completionist goldmaker?

Do you need all the recipes, all the patterns, and all the professions?

Do you know which ones you are missing?

Kruithne’s receipe website lets you check which patterns you have and which are you missing, and now its been updated and works, just in time for BfA!

Head over to the website, put in your realm and your character name, then check out all the patterns you own!

You can toggle your known patterns on/off so you can see which ones you are missing and focus on those.

Looks like I could use a few more Jewelcrafting patterns!

“I don’t play WoW much myself anymore, but I know a lot of people wanted the recipe website to be updated again since nothing else had taken its place, so I felt that I owed it to the community to rework it and bring it up to speed. That’s the only motivation behind it really!”

Kruithne has put work into this for the Warcraft community and they deserve our thanks.

Scroll down your crafting patterns and check out how many of the unobtainable patterns you have.

These are patterns that you should pay particular attention to when you are crafting in order to maximise your profits in World of Warcraft.

This one, for example, obviously sells for a high price, and it’s a good reminder to me to craft it more often. 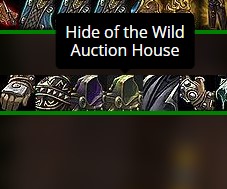 Are there any patterns that are a reminder to you? Let me know Where to Start Making Gold in Warcraft
Scroll to top
This site uses cookies: Find out more.