Fish are gold in Battle for Azeroth

Whenever you have ten minutes of ‘down time’ in BfA, you will be fishing

The Burning Crusade Warcraft Veterans will remember this fish:

Good News, expensive vendor fish are back! 50g each this time.

U’taka are fished from schools that spawn near Dazar’alor 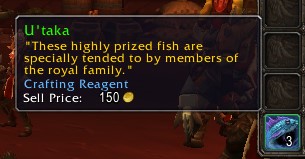 Rasboralus look as if they spawn from similar schools in Proudmoore Keep, Boralus.

Battle for Azeroth Fish in Cooking

Right now on the BfA Beta, Cooking is behaving oddly.

In order to cook low level food, you need fish in two ways 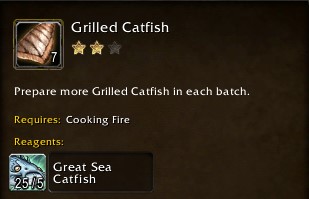 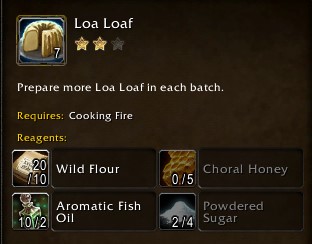 Gold Makers know what happens to the price of an item when the demand doubles.

That said, I do have some advice for you in your first few Battle for Azeroth days:

Save your [Frenied Fangtooth] for later in the game, and the raiding [Bountiful Captain’s Feast] food.

Fish your [Lane Snapper] up immediately and use them to cook [Spiced Snapper] to level up your cooking. 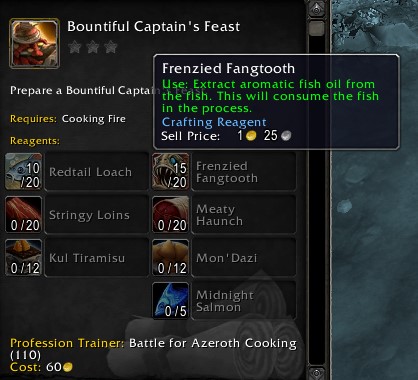 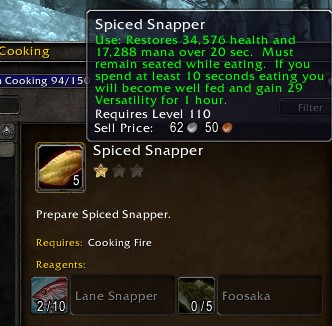 “The current plans is to carry The Underlight Angler forward but we’ll see how it unfolds.”

Wowhead has advice for you on Fisherfriend of the Isles

Similarly, Fisherfriend of the Isles is much easier to do in a group since with enough people the rate of acquiring special items (that last for 2 minutes) increases dramatically. Doing this achievement after Legion will be hard since interested people will likely be focused on current content. Completing this achievement unlocks the hidden appearance for your Underlight Angler, with Underlight Emerald. Completing each step of the achievement, which requires you to reach Exalted with each Fisherfriend, allows you to purchase special toy lures and pets. More details in the Legion Fishing Guide.

Are you going to be maxing out your Underlight Angler before Battle for Azeroth?

Warcraft Items Removed in Battle for Azeroth from Darnassus and Teldrassil
Scroll to top
Posting....
This site uses cookies: Find out more.