Beta continues to be beta, with changes to Blood of Sargeras in progress.

1) General World Quests/Dailies no longer drop 2-3 Blood of Sargeras, they are nerfed to drop only 1 blood.

3) Disenchanting rare and epic items will give blood of sargeras

The last 2 changes will take place in an upcoming beta build, but change 1, a nerf of Blood of Sargeras in world drops is live now. 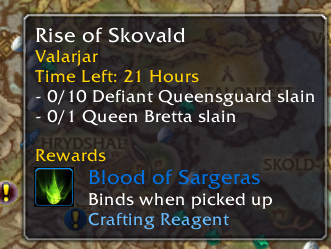 Blood of Sargeras from Dungeons and Raids

It is unknown how many blood will drop from dungeons/heroics/mythics/raids at the moment, and whether these are from trash, quests, or bosses.

How does the Blood of Sargeras change influence my choice of professions in Legion?

Your butt is saved.  You will be able to disenchant and get Blood of Sargeras that your Tailor needs.  This is a strong combination!

Your bags are going to be full of Blood of Sargeras that you don’t need at the moment.  You will need them later for upgrades with Obliterum. Your butt is semi-saved.

You are still in trouble.  Game designers specifically want characters to each have a gathering and a crafting profession because that’s what they have.

They think that it is wrong to have 1 skinner/miner char plus 1 leatherworker/blacksmith alt.

You will be at a disadvantage to a player who has 1 skinner/leatherworker and 1 miner/blacksmith. 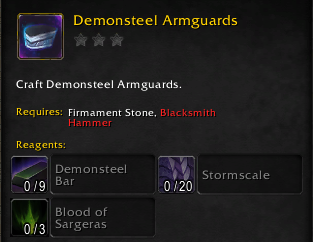 I am a dual crafter.  Can I still craft in Legion?

Ion also tweeted me saying that dual crafters would still be able to craft however I believe he was focusing on whether an item would be craftable, not whether you will remain competitive with equal opportunity to craft as a gatherer/crafter character. 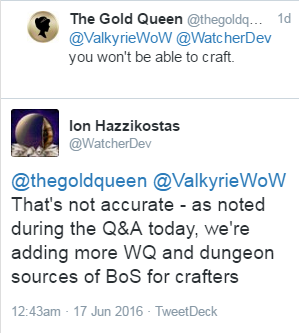 Can I stay as a dual crafter?

If your character is a tank or healer and can spend a lot of time in dungeons, enough that your blood/hr is the same for someone who is running around herbing and mining.

First: stay calm. There may still be some magical change that helps you.

Take stock of your alts and which professions you have. If you are going to drop a particular profession, do you have any alts that could take it up. (ignoring that unobtainable/irreplaceable question for now).

Use this tool to check which patterns you have on your characters/toons.  It’s made by a very clever player on one of my EU realms.

Check which of your professions is the least effort to remake, and whether it is achieveable at all.

Check for materials needed to level that profession, in your auction house, or find farming guides for the materials.

Warlords of Draenor is a ridiculously easy time to level up new professions, especially a new gathering profession, and especially if you have Pathfinder/Flying in WoD.

What I will do

My main character is a dual crafter, supported by a dual gatherer.

I have 39 unobtainable patterns. 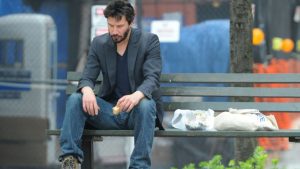 It would be fair to say I’m devastated.

I will need to delete my profession with these patterns in order to remain competitive in Legion.

I will need a gatherer/crafter character in order to have equal opportunity to create, to craft, and to profit. I have no choice.

It’s heartbreaking that Warcraft thinks this is a good way to reward investment.

I will stay a dual crafter for now, investigate which patterns I need to replace, repurchase, refarm on an alt.  If I can get them before Legion, then I’ll get them.  If not, I will take it from there. I can adapt.  It is not fair that I am required to adapt.

I will continue to research all the professions and find the best combinations, and farming spots for you. 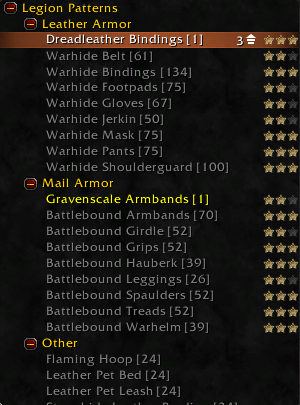 Why is it a big deal?

Players have sacrificed time to get these patterns.  They have spent gold, which needed work to gather. Instead of doing that work, I could have been raiding, mount collecting, or achievement hunting.  Why is gold making work less deserving?

Why am I, a dual crafter with a dual gatherer alt, less deserving than a crafter/gatherer? It makes me angry.

Reminder: Blood of Sargeras will drop in Legion from 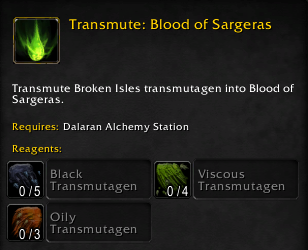 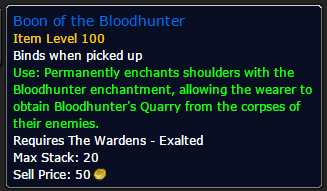 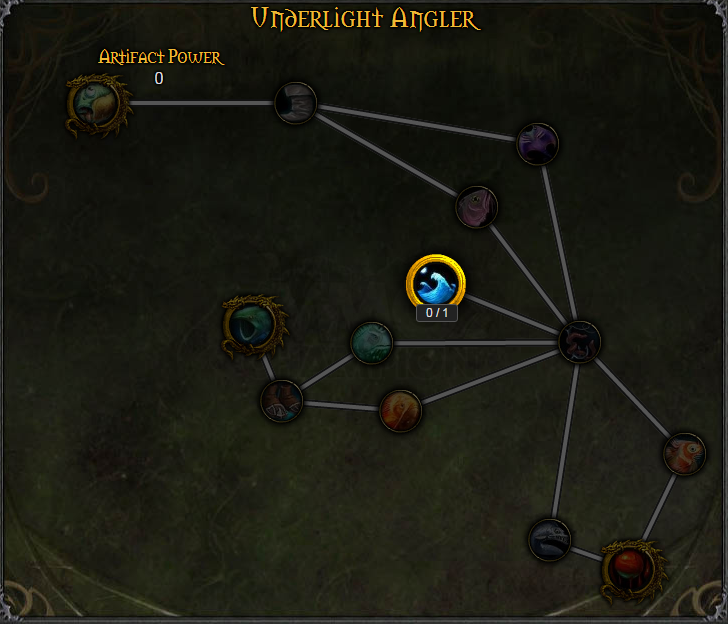 How will this affect players who don’t care about gold making?

How will this effect the entire World of Warcraft economy?

Your local auction house will have two sets of sellers in them: those with plenty of Blood of Sargeras, and those without. Those without will have to compete with the big boys.

Supply will be lower.

Prices will be higher.

Gold will change hands from those able to buy wowtokens to gather-crafters with sufficient Blood of Sargeras.  These items will be high priced.

Lower supplier will push up the regular player’s need for gold, in turn forcing them to buy more wowtokens.

Players with gather-crafters will be able to pay for their subscription using their gold, sell wowtokens.

Regular players will have to pay very high prices for their purchases of crafted items on the Auction House.

In short, gold will go from regular player to AH mogul, who then forces regular players to buy more wowtokens.  Take a moment to consider who can profit from this increased demand for gold buying. 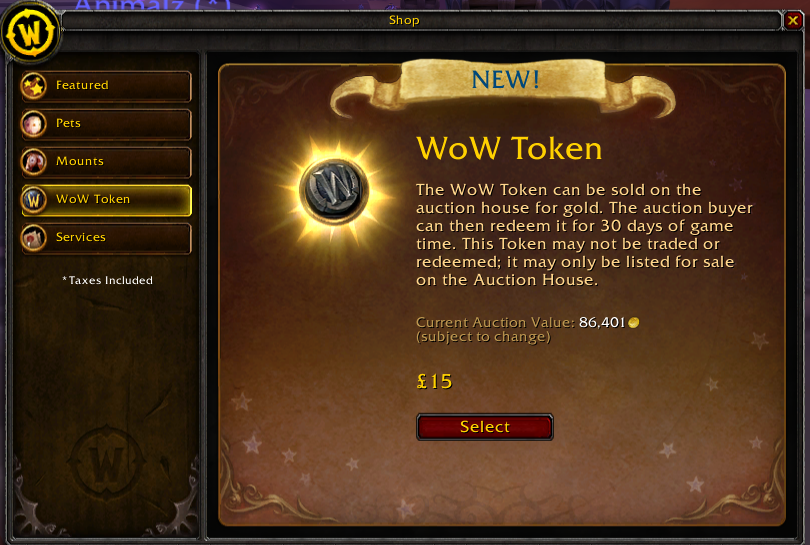 And what company doesn’t want to increase profits?

Transmog-mas is Coming
Scroll to top
This site uses cookies: Find out more.