Everyone needs heroes, and inspirations.  Part of my job is to be an inspiration to you, to encourage you to make more gold.  But where do I get my own inspiration? Here are some of my heroes and Warcraft Gold Makers.  Some of them you will never have heard of!

What’s special about them? Hikons deals in really big sales numbers, buy low sell high flipping, and rare items.  His snatchlist must be something special to behold.

How to find them? https://www.youtube.com/user/hikons 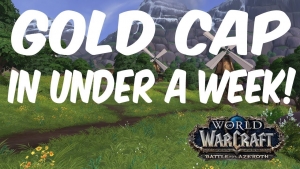 What’s special about them? Umlaut is a warcraft gold billionaire, and does it all within strict ethical parameters.  He doesn’t take advantage of mistakes such as missing zeroes on auctions, instead returning them to the seller, and making sure he keeps his golden reputation.  He also uses his gold for good, helping his friends with game time.

How to find them? https://twitter.com/mogsaddiction

My gold on hand (liquid) has shrunk lately, but the value of items I have listed on the auction house has doubled since last accounting. 931 million's worth is posted. Let that sink in.

My accounts are worth over one billion gold. :p #Warcraft pic.twitter.com/H9j0fuDIRu

What’s special about them? Faid used to run a gold making blog, and now has her own youtube channel. She is one of the cleverest gold makers I know, and teaches economic strategies rather than fleeting trendy farming spots.  She was one of my TSM inspirations, incredibly good at TSM.  She’s better than I am, it’s that simple.

Where to find them? https://www.youtube.com/user/goclockworkriot 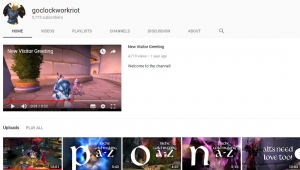 What’s special about them? Aada is an incredibly powerful gold making expert, playing on 8 realms only, focused entirely on buy low sell high.  Their knowledge of the real value of items is what has enabled them to make  over 275Mil gold profit in 8 months.  Follow them now for an insight into the potential for Battle for Azeroth BoE epics.

Where to find them?  https://twitter.com/AadaAccountings

EU for the curious~1y worth of applying my same strategy on 8 realms. was 2x easier to get gold from players on Ravencrest than on Sylvanas pic.twitter.com/1WkwbiXGv0

What’s special about them? Sinshroud was not the first warcraft player to discover auctioning items bought from vendors, nor the first player to snipe on the auction house, but he was the first to make public guides about it.  He doesn’t play anymore, but I know if he came back, he would whip our butts with new ways to make gold that we’d never considered.  I know him for his Outland Vendor Run, and for his Auctioneer addon sniping lessons.

Where to find him?  You can’t.

What’s special about them? He’s the man you want to see about Battle Pets!  He must surely know the value of hundreds of them, both at level 1 and level 25, and which are cageable, because he can turn an underpriced pet into a pile of gold by the thousands.

Where to find them? https://twitter.com/RethRethReth

Here are my four best mailboxes from over the weekend. 110 BoEs are still flying off the shelves at crazy prices and pets are picking back up with the 2 new pet collection achievements coming tomorrow! 😀 #Goldmaking #Battlepets #Warcraft pic.twitter.com/pwMYJyjheR

What’s special about them?  Famous for her pastebins. Sheyrah’s skills are in crafting, turning piles of materials into strong selling auction house items, and in TSM.  She put many many hours of work into her TSM groups and operations for import by you.

Where to find her? https://www.youtube.com/channel/UCqDQVxz0Je-1crJAJXjNmhw 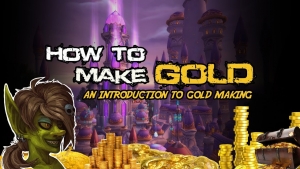 What’s special about them? BilisOnyxia is known for his TSM Sniper String, used by famous gold makers like Sheyrah,  But he also has a useful Battle for Azeroth pets TSM profile, and wrote his first addon for the BfA Scrapper. Another quiet gold maker who is a pillar of the community.

Where to find him?  https://twitter.com/BilisOnyxia

For those of you who are in the Battle Pet market, I have compiled import strings for all 77 new tradeable BfA battle pets (base evrsions, level 1 versions and lvl 25 versions):https://t.co/VfUTqI391M

Just published my first version (-> chances are there will be bugs) of my new scrapper addon "ScrapMaster"!

It allows you to easily fill the scrapper and to start scrapping with a simple macro, but more importantly, it keeps track of the items scrapped and materials gained: pic.twitter.com/tvAsiGwESL

What’s special about them? For a start, you are here, on my website, so you’ve been searching for ways to learn more about gold making. You’re improving yourself and you’re investing in yourself.  That means you’re going places, friend.

Where to find them?  In your local mirror.

In Battle for Azeroth The Herbs Farm You
Scroll to top
Posting....
This site uses cookies: Find out more.