Why Your Transmogrification Stockpile Didn’t Sell …but will soon!

Who is your buyer?

Your buyer is a level 10-0 with a lot of gold. That’s a pretty tight demographic out of all the World of Warcraft players. And you can bet that if he has a lot of gold, it didn’t just rain from the sky.

Your buyer is smart.

Who is your competitor?

Your have two types of competitors.

It’s been some time since the release of Patch 4.3 and the new Transmogrification ability. Transmogrification was one of the requests by Warcraft players that I’ve followed for a while, due to my beginnings on a RP server and understanding of the needs of warcraft roleplayers. Incidentally, Pandaren are also one of the requests by players, so if you hate the Pandas, like I do, then you only have yourself to blame.

It starts with a rumour.

Then there’s a surge.

Then interest wanes as the patch rolls forward. 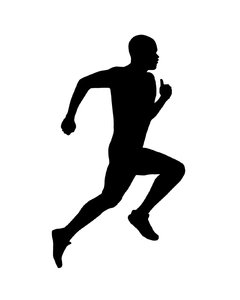 Your competition gets bored and exhausted, and sell all their stuff.

Outlast the Other Gold Gamers

Did you miss The Sprint? Go for the Marathon. Outlast the competition.

This is the hardest, because you will need to instinctively learn which items really do sell well and which only work in theory. Â  When you know that, you can replicate it. Repeat your success rather than taking a wild stab in the dark.

Transmogrification Selling From Another Point of View

Sell to the gold gamer.

Occasionally halve your prices and turn your competitor into your buyer. He is forced to either undercut you, which means he hasn’t been selling his mog items either, or buy you out. What do you mean you bought the item for more than half the price? You’re in deep doo-doo my friend.

Either do this for all your stock, and SELL OUT before restarting with a better focus. Or just do it occasionally. If you do it occasionally, then you might trick your competitor into thinking you made a mistake on which he can profit, and that your items normally sell for double that price.

Eagle Eye on your Competitor

Lockdown everything on your server that remotely looks like or even smells like the gear you want to sell. That means beating your potential buyer to the Auction House. I can’t explain how much bad business sense this is. There is no way you can get into your buyer’s guild and ensure that all his guild mates’ alts sell to you rather than him. Are you crazy? Do you have no life? Do you like scanning the AH every 60 seconds?

Focus on what sells

Go back to TSM accounting module and check what has sold. Then do it again. Instead of focusing on “random mog items that people might want” focus on a list of five high sellers. These are mine:

Why? It’s cheap to make and the competition on my server are bored of it and don’t post regularly.

Why? No competitors at all.

Still sells high despite everyone knowing it is now much easier to craft.

Felcloth + moonwell, 1,000g yes please ##Extra Tip: Pick up some Wildvine in Felwood if you go hunting for Felcloth

Lesson: Do not dive into something that you know nothing about! Learn about what you’re selling before you go crazy and spend a fortune. Legion Transmog Changes Will Sort The Worgen From the Puppies