World of Warcraft patch 7.3.5 should be hitting your servers today / tomorrow.

How does this work for farming transmog items?

Your drops in these zones will now be the highest level you can get.

If you’re in the Den Whompers Cave in Thousand Needles, for example, and you’re level 110, you will get level 60 items.

If you’re in the Den Whompers Cave and you’re level 10 (What are you doing there at that level!?) then your items will be for a level 10 character.

If you’re in Grizzly Hills, Northrend, and you’re level 110, you will get level 80 items.

In Dungeons, it gets more complicated, because your loot will be restricted to your character’s class and spec.  On a hunter and want a staff with +int?  Won’t drop.

Sure, for farming transmog looks for your own character, this system works well because you get higher chance of the right loot for that char.

But for farmers, players who want a good mix of armor and weapon types, things get complicated.

Potential Fix for Transmog Farming in 7.3.5

I’m still waiting on confirmation of this from players on US servers as the Patch goes live, however, here’s a possible fix for the transmog farmers:

Set your dungeon into a (private) LFG group, right click your portrait, and set group loot. 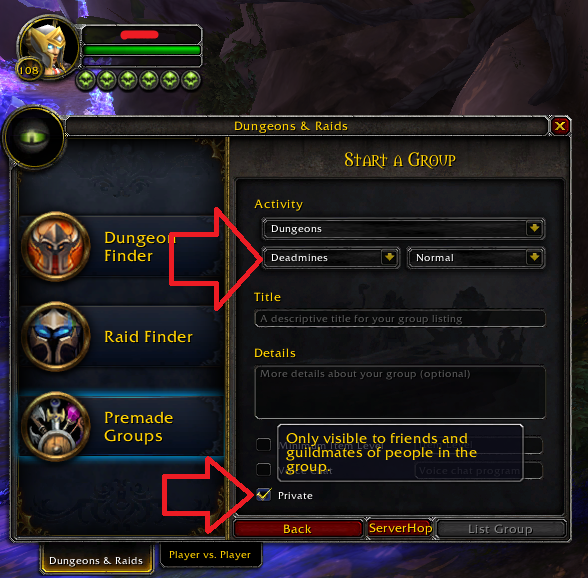 In order to change the loot, you’ll have to convert to raid 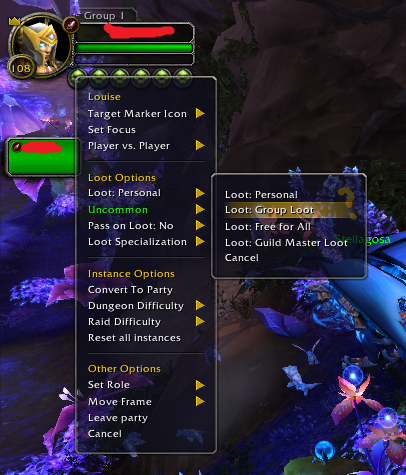 I’ll keep you updated over on twitter when I know whether this will work or not.

UPDATE 25 JAN 2018
Bad news, dungeons still only drop personal loot, even if you put it on raid.

Look out for a lot of [Rich Illusion Dust] !

What is Warcraft Gold Royalty? What’s a Gold Queen?
Scroll to top
Posting....
This site uses cookies: Find out more.