Secret Vendors have been part of Warcraft since Classic / Vanilla WoW.

I know many of them, but today I’m going to share just five of them with you. They’re scattered all over Azeroth (and even off Azeroth!) so while you fly, keep your eyes out for herbs, ore, leather farming spots, and other vendors that might sell items you can flip.

Add them to your Warcraft farming routes today.

Number one on the list, this 5,000g item was something I showed to you in an earlier guide.

Costing less than 20s to purchase, you can farm these by camping an alt there, and sell them one at a time for enormous profits. 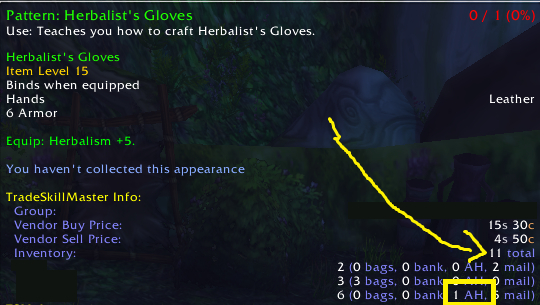 There are some great vendors in Arathi, but here’s a secret one you may have missed.

Just north of the Wetlands/Arathi Highlands bridge (The Thandol Span), turn right, and head across a rickety bridge.

Here, you will find a Dark Iron Entrepreneur selling the [Formula: Enchant Gloves – Mining] for enchanters.

It’s quite out of the way, so you may have zero competition selling this item.

This group of  high elves (blue dragons in humanoid form?) are right next to Mazthoril in Winterspring in an area called Beryl Egress.

You can sell these for 1,000g and the crafted item for even more.

They have a fast respawn timer so stick around, and pick up one for your blacksmith alts, craft and sell on the Auction House for 20-25,000g

There are more items to buy for resale (flipping) in my Winterspring video guide from 2012!

The Blunderflame family in Northern Stranglethorn are both engineering vendors.  Knaz and his husband sell [Schematic: Deadly Scope] that I’ve sold for 900g+ and the [Schematic: Mechanical Dragonling] which can go for 6000g 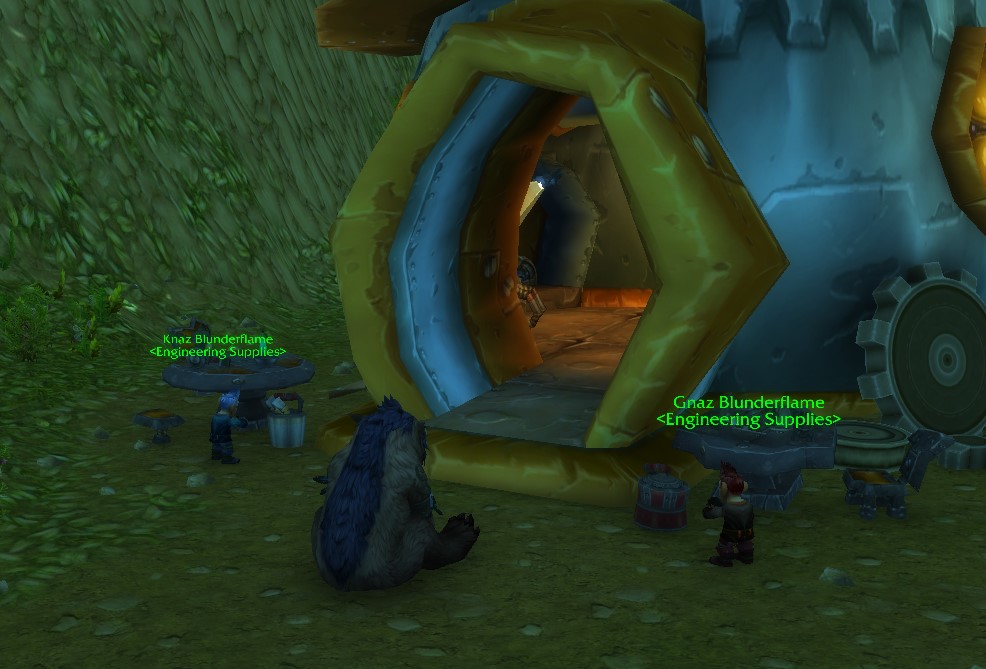 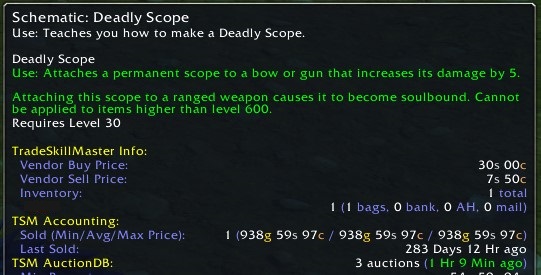 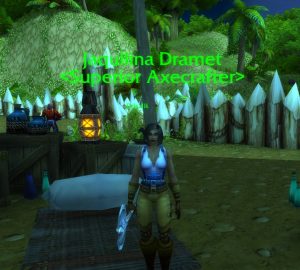 There are another 10+ secret vendors in Booty Bay, and you can access a video guide on these on my monthly-support Patreon website.

In the Stormspire in Outland, you can find the exotic pet dealer, and dealer Najeeb

You can also find Dealer Jadyan who sells the enchanting recipe [Formula: Enchant Weapon – Executioner] for sale for 6g.

The Ethereum Phase Blade looks a lot like the [Phantom Blade] which sells for over 10,000g on the Warcraft Auction House. 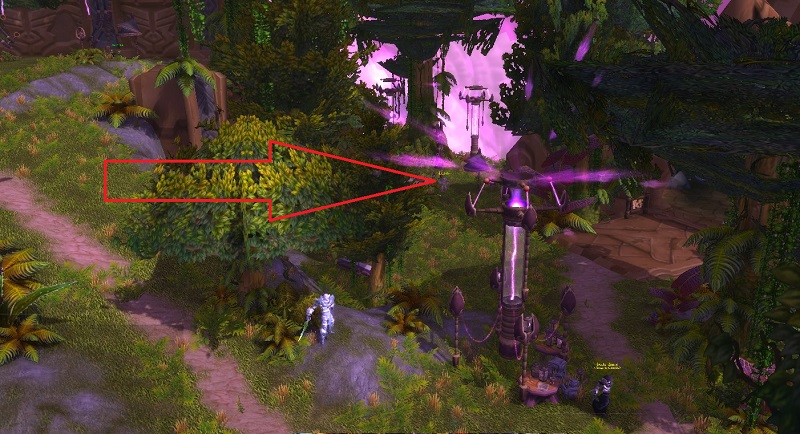 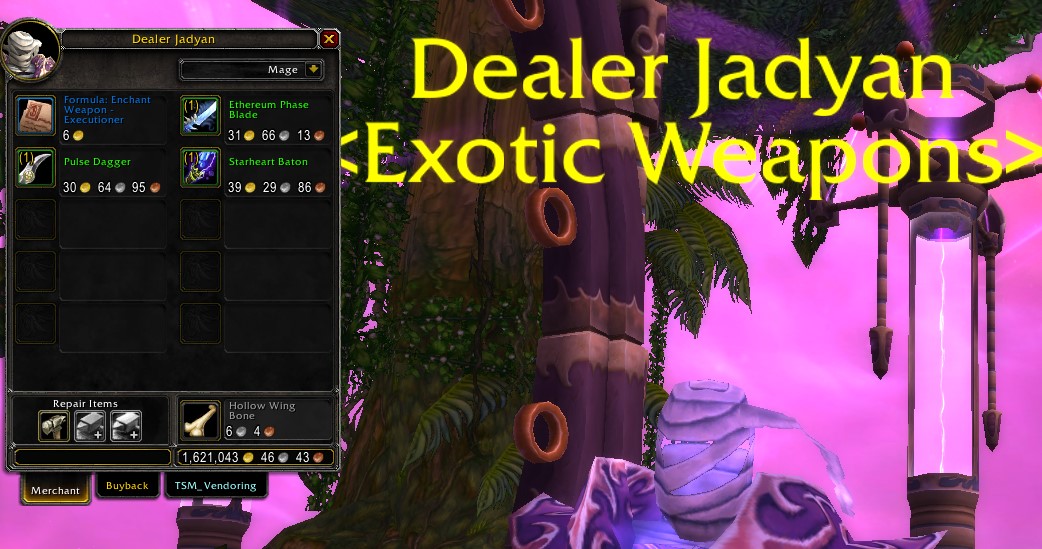 Which secret warcraft vendor are you going to visit first?  Tweet me @thegoldqueen and send me a screenie

Want even more secret vendors? I’m currently writing a paid-for warcraft gold guide, which is about 2/3rds complete, and starting to update it for Battle for Azeroth.

Silithus Farming, But Not What You Think
Scroll to top
This site uses cookies: Find out more.