Primal Might transmute comes from only three sellers in World of Warcraft.

Each of the vendors only has one pattern available at a time.

If you don’t see it at the vendor, it means someone else just bought it, so come back in a few minutes.

Skreah in Shattrath sells to both Horde and Alliance. 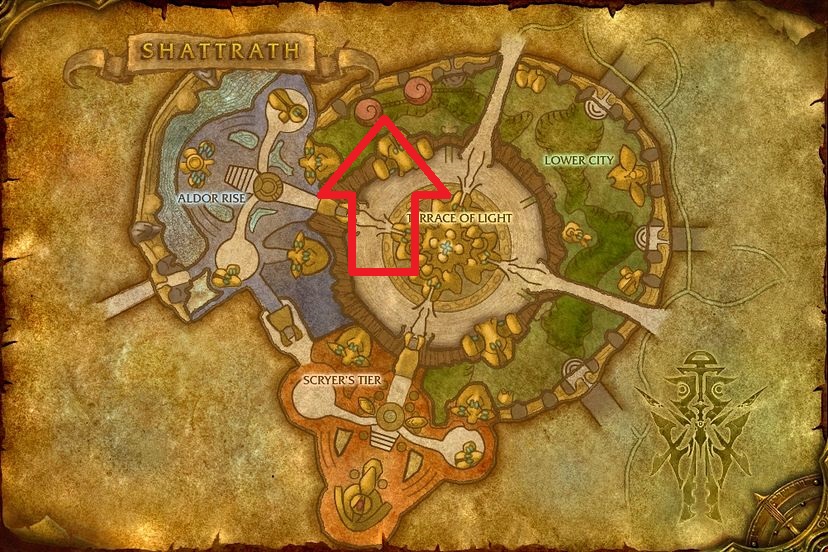 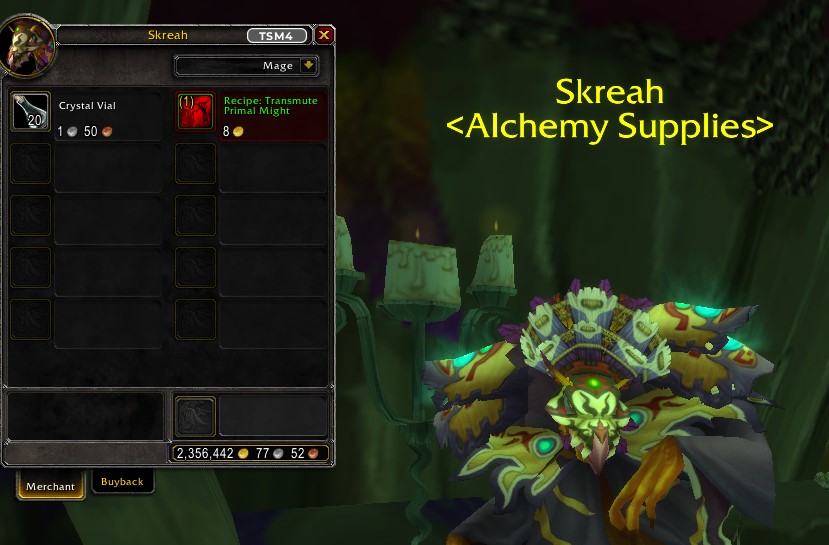 Why does the pattern cost so much on the Auction House compared to from the vendor?

Convenience. Easy to buy. Click, collect from mailbox, it’s yours. Can buy anything you want at the Auction House without having to seek out and then run from vendor to vendor.

Ignorance.  Some players do not yet know how to thoroughly use wowhead and similar websites to find out where to get every Everyone knows where the Auction House is or how to ask a guard where to find it.

Forgotten. As I’ve said before, the old ways still work, and people tend to forget about them.

Who knows? We’re providing a service, easy, fast, patterns for sale.  If you don’t profit  from it, someone else will.

Undermine Journal has it pegged for 1-3k, so don’t sell for under 1,000g.  Either buy one as you’re passing and then post it on the AH (there are two in Shattrath, at each bank), or wait at the vendor for a while and pick up more than one copy and stockpile the recipes for later, saving yourself a trip out to Shattrath.  Either way, just post one on the Auction House at a time. 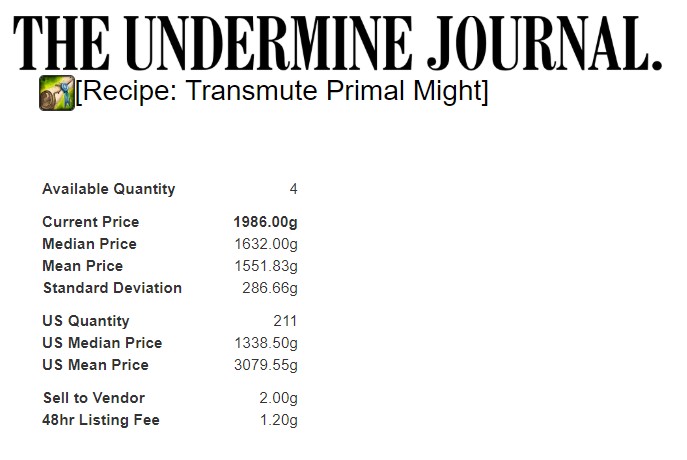 How to Lose Gold and Alienate People Patience is a Virtue

Professions Collection Website Updated In Time For Battle for Azeroth
Scroll to top
This site uses cookies: Find out more.