World of Warcraft’s next expansion Mists of Pandaria includes new factions for both horde and alliance. Â Alliance will grind reputation with the fishy Jinyu, whilst Horde become friendly with monkey-like Hozen.

Rewards for grinding faction reputation to exalted can traditionally include: 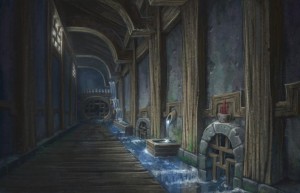 You can bet that grinding reputation to exalted with Jinyu or Hozu will be a similar grind to getting max rep with factions in Cataclysm expansion.  Not all players will get exalted status and rewards. Â That’s one of the reasons why professions crafters can charge extra or ask for a tip when they craft using a pattern earned by reputation grinding.

All the Cataclysm factions had repeatable daily quests (even Ramakhan!) which generated a good chunk of gold for the patient greedy or stubborn.  I fall into the category of all three.  With Mists of Pandaria focusing on the Horde v Alliance conflict, we may even find Jinyu and Hozen dailies follow the Tol Barad precedent.  Greg Street, Lead Designer even hinted at a large battleground in Pandaria by the second patch of the expansion.  Ones to watch out for? Mists of Pandaria 5.0 Soon on PTR?

Over My Shoulder Auctions Sell Why Your Transmogrification Stockpile Didn’t Sell
Scroll to top
Posting....
This site uses cookies: Find out more.