Class with AoE, for this I used my druid with starfall and glyph of untamed stars

Addons shown Farmit and Server Hop are both optional. Farmit only for measuring production, Server Hop in case your server is busy.

Lots of space in your bags Fly to the cave, head inside, start AoEing

[bctt tweet=”About to farm some spiders for lovely charms!”]

In one hour you can get almost all the lovely charms needed for the Swift Lovebird mount.  These sell for about 20,000g in 6 months time, or much less if you put them on the Auction House now

Only run around the front half of the cave, concentrating on the area with the webbed eggs, which when killed spawn spiderlings. Spiderlings give lots of charms.  They die faster than the pale orcs.

Use ‘remove corruption’ to get rid of hallucinations. 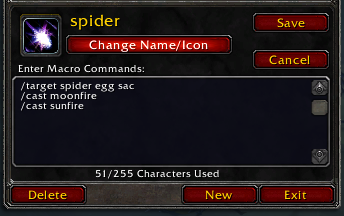 Love is in the air moonkin farm macro

When to sell Swift Lovebird

From last year’s data, you can see the quantity available decreasing over the year with the price increasing.  I would personally start selling in 6 months time and hope to be finished selling by December 2016, 10 months from now.

For those that don’t like farming, like myself, you can profit from buying very cheap Swift Lovebirds now and selling them at an opportune moment around when Legion expansion releases.