Ethics, they’re something that players either hold with great pride, or feel they’re being beaten over the head with by losers.

When I started The Gold Queen website, even using an addon in World of Warcraft was considered cheating, because it gave that player an edge over other players. We’ve come a long way since then.  Farmers are no longer considered to be inethical botters.  Auctioneer has been downloaded 22 million times. Sniping has gone from being a sneaky occasional method to a point where people buy second accounts specifically to stand at the auction house all day long in order to take advantage of other players.

We all know the rules – no abuse of the warcraft economy. We wouldn’t dream of going against the rules, and endangering our precious accounts, but I would go even further, and take great pride that my work is

What the hell does that mean?

Can gold making ever be ethical?

Surely you’re trying to take gold from other people.  How can that be a positive thing?

Fair trade: I pay fair prices for items.  I pay farmers either by the hour, a salary for their work. More often, I pay by the amount that they bring me, giving them slightly less or equal to the auction house price, which is usually agreed before hand.  I benefit, by gaining the item in my mailbox in an easy to store manner (no click click click to buy), the farmer benefits, by gaining gold, and we’ve made a transaction that keeps my reputation good on the server.  A golden reputation.  Your reputation means that your farmer will want to return again.  It means that they may tell their friends, and point to you as a source of gold. A source of work.  Having a good reputation with raw material farmers in particular can be a great benefit if you ever find yourself in an Auction House PvP situation where you need to stop damage being done by a competitor, and cut off his supplies.  Because who would they prefer to farm for? The player with the golden reputation for paying well, promptly and reliably. 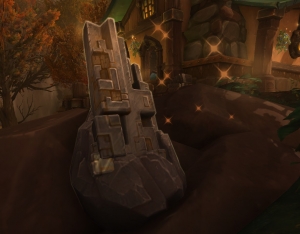 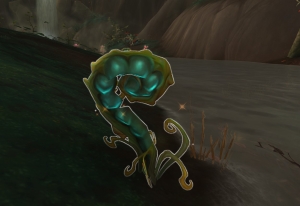 Why not crush your competitors utterly?

So many new gold makers start by thinking their job is to crush their competition, and to win all the gold on the server.  But Gold Making is not a zero-sum game.  Even if you were to magically gather every gold coin on the server, from every player, the next day more gold will be generated.  Blizzard has made a world that is abundant.

Blizzard has made a world that is abundant.

So don’t fight your competitors, don’t crush them and get rid of them.  There is no fun when they are all gone.  Trust me, I’ve been there.  I played on a small RP server, and took over pretty much every profession, one by one, until the big guilds no longer even went to the Auction House, they went straight to me, bypassing the little guys.  And I watched the wind being knocked out their sails (sales, geddit? geddit?) and their will to fight crumble as they reposted and reposted and got frustrated and gave up.  When you have no one to fight with, to tussle with, to play with, then what do you do? Buy everything. Ok. And then what?  What’s the fun of standing there with everything when others don’t have it, and don’t even bother playing for it?  The joy is in the fight, in the ‘war’, in the ‘craft’.

This type of thinking is exactly the same as Blizzard had themselves when they designed the world of Pandaria and the regular wars between Mantid and Pandaren.  The mantid regularly swarm and attack the Pandaren, and both Pandaren and Mantid die in the battles, but after the battles, when they retreat and regather their energy, both sides discover that they have been made stronger by the fight.

A rich competitor is one step away from being a rich buyer. 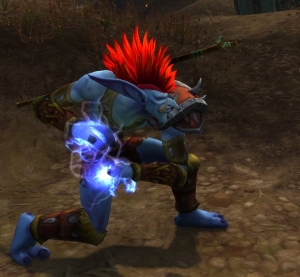 How does Gold Making benefit the whole server?

Gold making is one of the main reasons that players visit old zones in Warcraft.  The other reasons are archaeology, pet battles, leveling a new character, and doing the lore master achievement. PvPers rarely take an hour’s trip around Stranglethorn Vale.  PvE players fly all the way to the Stormspire in Outland. And that’s a shame, and a waste, because those zones have great stories, lovely scenery, funny animals, silly easter eggs, and lots of things to do there.

Boosting services in pve and pvp. Tanking or healing. Taxi services.  We help out, a lot.

The amount of crafted items that we pump into the economy together is phenomenal. Without gold makers, everyone would need to focus much harder on creating their own army of alts, to create their armor, upgrades, their own jewelcrafter, their own alchemist, their own enchanter, their own cooking character and then go out and farm for all the materials needed to craft those items.

End game raiders and especially high end raiders, you can forget doing a cheeky Mythic+ dungeon or arena during the day to hone your reactions and relax with your friends. No, you’ll need to go get some ore, to send to your jewelcrafter, to make a gem to put in the socket of the gear you won last night.  Then you’ll need to go and gather some herbs and send them to your alchemist to make your own flasks.

Pumping gold into the economy

Wait, what, you thought gold makers took gold out of the economy, by storing it in their bags, accumulating more and more? Gold makers prop up their whole server economy.  They try to increase the worth of items.  They encourage purchases.  They cater to as many needs as possible. Sometimes literally if they are crafting all the food for your raid. When you prop up an economy, you keep the whole gathering, creating, using, improving system working and alive.

And after gold makers have finished keeping your server alive, we start spending gold. We spend on consumables for ourselves. We spend on materials for crafting. We spend on items to resell. We spend on vanity items.  And when we buy from other players, rather than buying from a vendor, we pump gold back into the economy.

Buying from players pumps gold back into the economy

Gold is a currency.

The clue is in the name. Current.  In order to work, currency needs to flow.  And in world of warcraft, currency is abundant.  You have only to reach out a hand and pluck a valuable herb, gather an armful of valuable ore, turn a dead beast into a nice new pair of leather boots. And they endlessly respawn.

Back in 2010, Basil from Gold Capped said this: 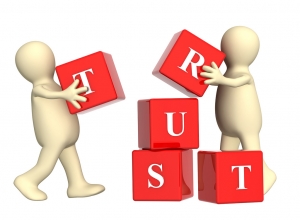 They stink. Don’t even talk to me about these. Just go away. There are some of these on my server and I just want to, argh forget I mentioned it, I don’t even want to talk about this. Steam is coming from my ears. Change the subject quick. 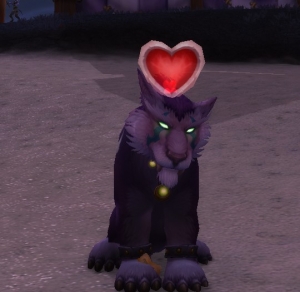 Be the Light in the Darkness

I’m laying on you, as the reader, to be the “Light in the Darkness”.  To see and to know about the inethical, immoral, and frankly unfair ways of making gold.  Scamming, duping, botting, AFKing, bait and switch, anything that gives you an advantage that other players cannot get.  And to pass by that darkness and be the light instead.

We all have a different line between fair and unfair, but I’m asking you as a reader of TGQ, that when you are looking at that line and considering which side to step on, to step on the side of fairness and honesty.

For your sake, other players’ sake, for my sake as a researcher into gold, and if nothing else, for the fact that gold is just pixels at the end of the day.  Lose some gold, you can get some more.  Hurt a person, and you can’t replace with another person.