Felwood rare mobs drop pieces from these sets. Gold prices are from pieces I have actually sold on my server. Your server will vary.

Other transmogs you can get in the zone, with a lower drop rate. Gold prices are from pieces I have actually sold on my server. Your server will vary. 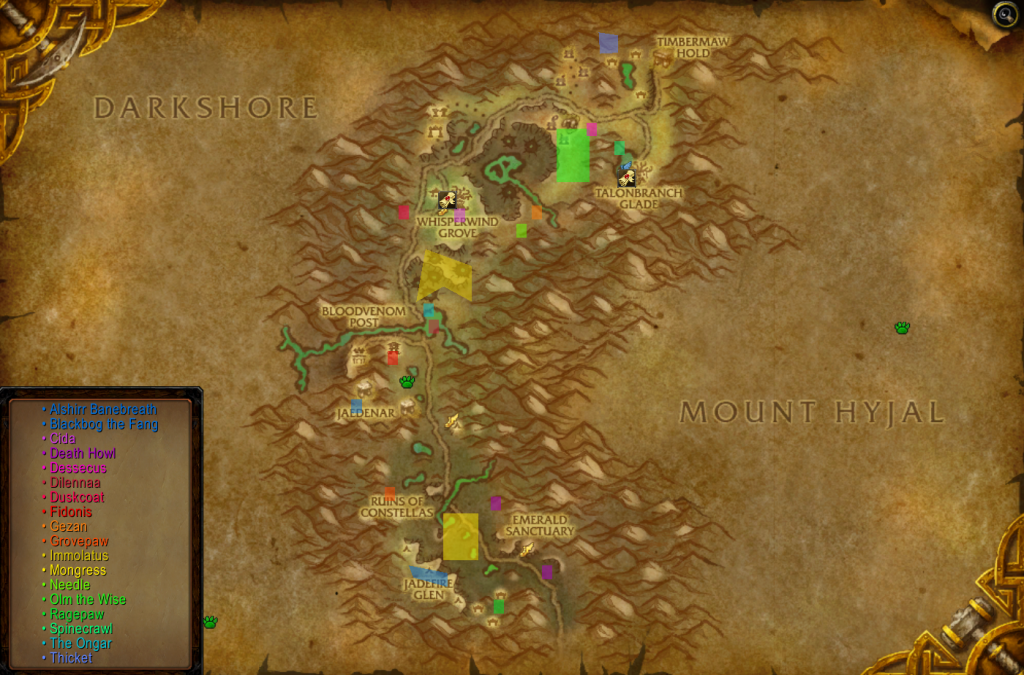 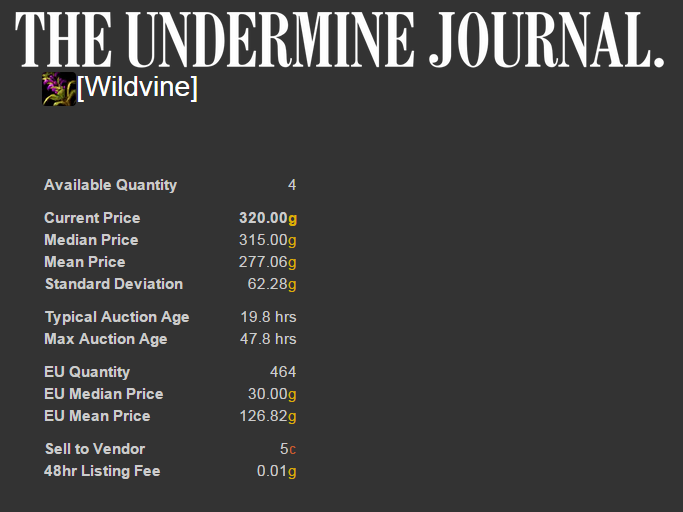 As Wildvine is a reagent for several patterns, it makes these recipes very expensive to craft, and the resulting item much rarer and more valuable.

Of these, the rarest and most expensive items, perhaps to add to your snatch list, are: 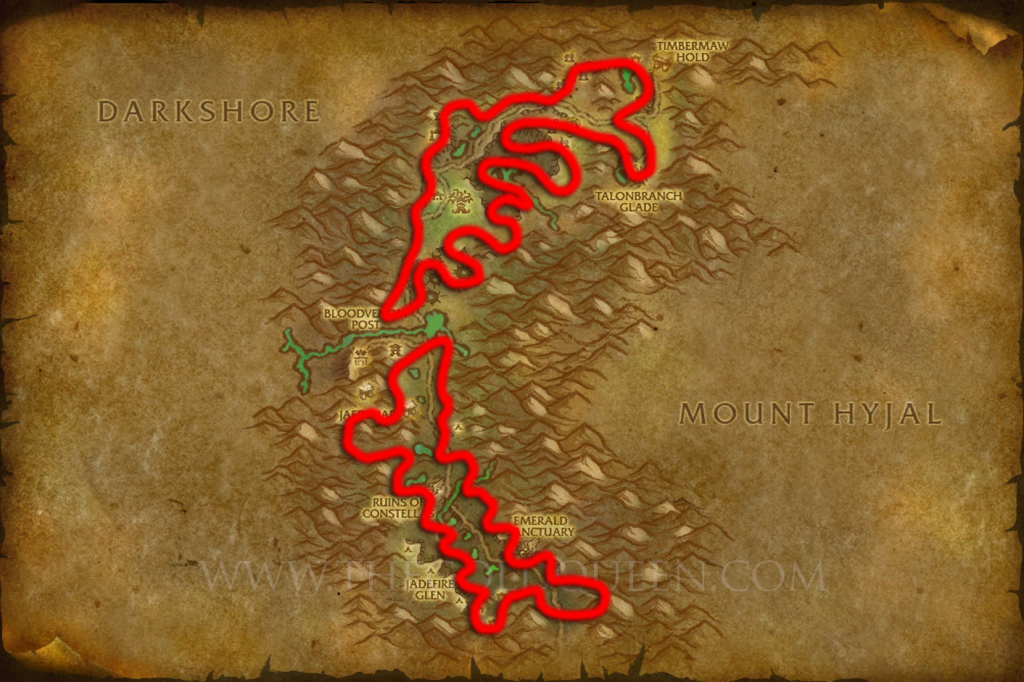 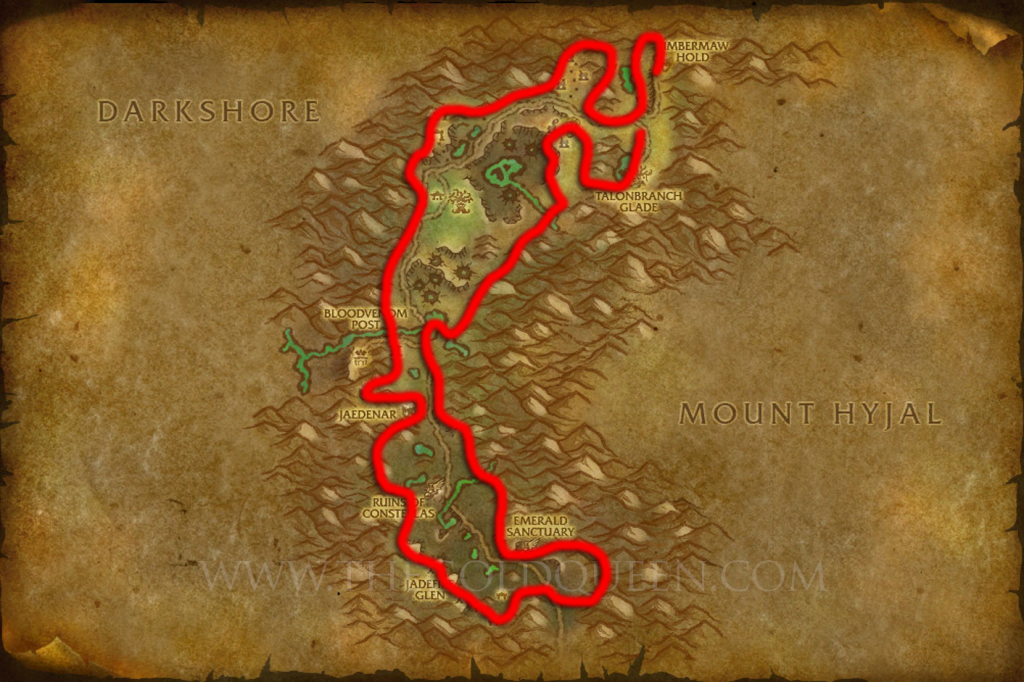 Farming herbs while researching the guide 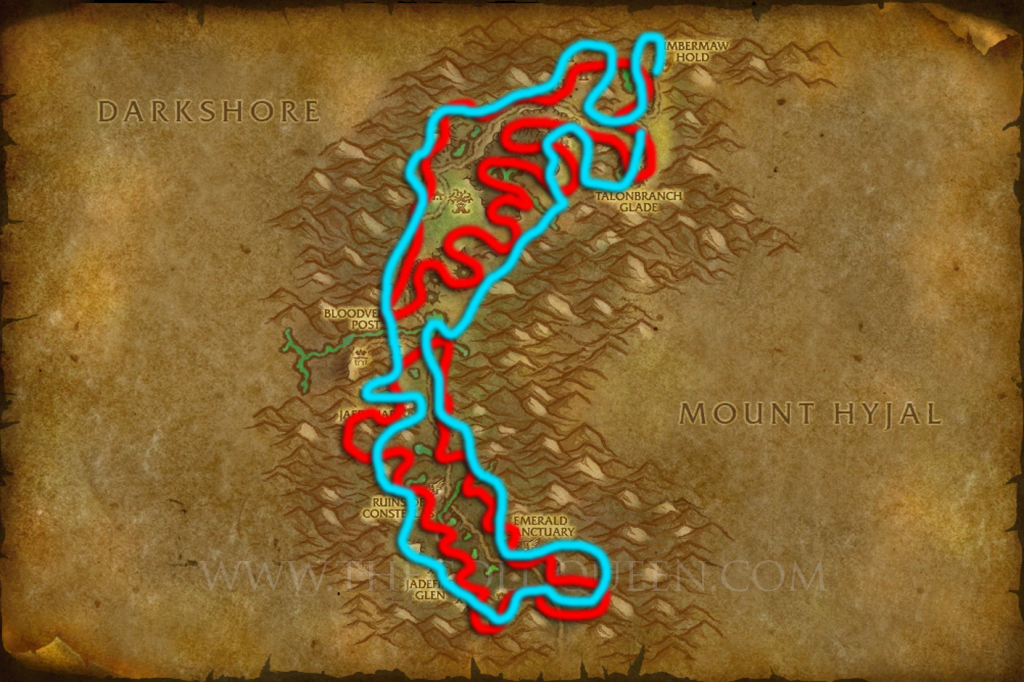 Felwood herbs and Felwood ore together

Felwood leather comes mostly from (diseased) bears and wolves which can be found here: 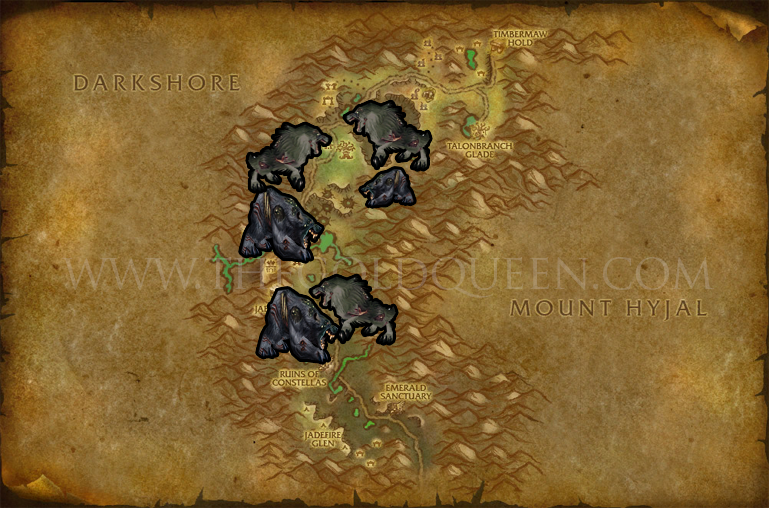 Felcloth can be turned into Mooncloth at a Moonwell. Mooncloth can be used by a Tailor to make several items including the Mooncloth Robe which sells for transmog for about 2,000-3,000g (Oct 2015 prices)

Silk and Mageweave drop from the cultists at Jaedenar (mid map) which has a higher concentration of humanoids for more cloth.

I also picked up a 100g Blade of the Titans here in a silverbound chest! 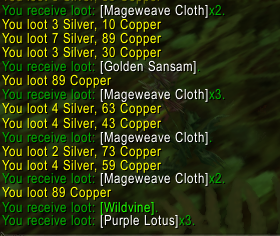 How to get to Felwood

Take the portal to Hyjal from Stormwind/Orgrimmar. Fly west. Bingo!

Druids can use their [Teleport: Moonglade] spell.

Recipe: Monster Omelet
Unlimited recipe, but only 2 vendors in game

Since Cataclysm it’s no longer available in Bloodvenom Post. Instead Horde go to the neutral vendor in Everlook Inn, Winterspring.

Both Horde and Alliance can buy Recipe: Sagefish Delight and Recipe: Smoked Sagefish from Desaan, Cooking Supplies vendor at Whisperwind Grove, a neutral town.  Unfortunately these do not sell as well. 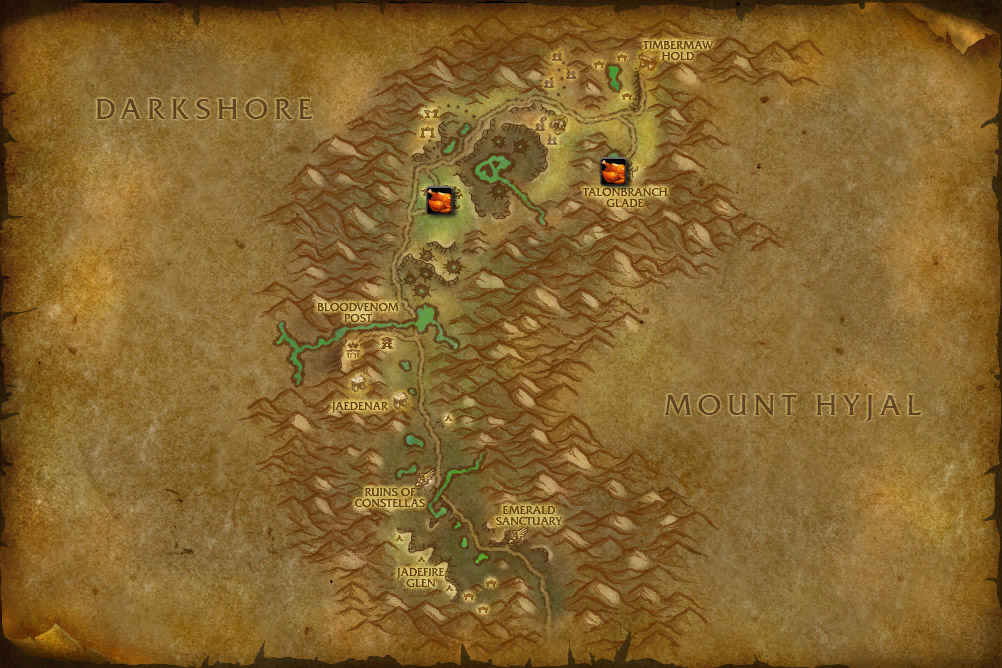 Complete quests for Furblogs in Winterspring side of the Timbermaw Hold/tunnel, and the Felwood side, then gather Deadwood Headdress Feather to quickly get exalted with this faction. It drops from furblogs in Felpaw Village.

Did you enjoy this guide? Why not sign up for free guides and blog posts straight into your email, with TGQ newsletter!

How to Pick that Tricky Cinderbloom in Mount Hyjal