We have all had Angry Mails ingame, whether deservedly when we’ve sniped an item for 1% of its value, or undeservedly when competitors are deliberately trying to intimidate you out of their market.

This blog post deals with what you can do when those angry competitors go to further lengths to intimidate, threaten or harass you.

Remember: Your competitor is only salty because he is jealous. His jealousy is not your responsibility. 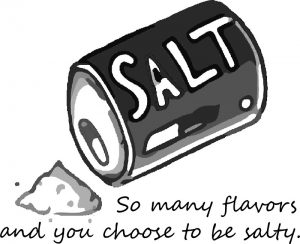 Some tips on remaining classy in the face of schoolyard bulllies:

Begin by ignoring him. He is no now longer worth of your time or attention.

Continue to act ethically.  Continue to charge a good honest price for your items, and continue to treat your competitors with honour.

Remember that a rich competitor is ONE purchase away from being your rich buyer.

The guy has envy and that is his problem. Pity him. Then pay him no more attention.

You can find his alts and block them on Warcraft.

Use separate warcraft accounts, use separate alts, misdirect his attention by acting as several people.

If he harasses you ingame: report him to a GM.

If he harasses you and follows you to other parts of the internet, report him there, to twitter, to twitch, to facebook, and wherever else he is harassing you. Harassment is not ok and you do not have to put up with it.

If harassment gets to the stage of stalking, you can report him to the police.

Take a look at yourself and make sure that you are acting confidently and not arrogantly. Are you playing the Auction House to get gold, or are you actually wanting to get negative attention? Some players actually enjoy irritating their competitors and live off those salty tears!  If you want to create envy and irritation and you have purposefully used your gold and time to invite envy and trolling, then you have achieved your goal. Jog on.

Probably not, but never take the chance.

Please go to the police before you become afraid for your safety.

Document everything, just in case.

If your guild mates or friends offer to “have a word” with your harasser, do not allow them.  Do not inflate the issue.  Do not become a harasser in return.

Remain calm. It is a compliment that you are large enough to be seen as an important target.

All the time he puts into harassing you is time that he is not putting in to your markets. Concentrate on your gold making.

Reach out to your friends, and to the Gold Making community.  We are one of the most friendliest, most helpful sub-group in World of Warcraft. We’ll look after you.

Blood of Sargeras and Chill
Scroll to top
This site uses cookies: Find out more.