I was just thinking about how human curiosity is natural, and I’ve found a nice example of “good gossip”: The spread of information about the new drop location of the Crusader Enchant Formula.

Sinshroud from the Consortium Forums drew the attention of the gold making community on twitter (catch me @thegoldqueen).  I consider Sinshroud a friend, not just another warcraft blogger/forum manager. I want to give him a shoutout for bringing this to our attention.  He in turn confirmed the new drop that had been discovered by Verelyse (Hi Verelyse, I don’t know who you are, but thank you!).

The Crusader Enchant was once a very expensive tank enchant at level 60, and the formula used to drop from Scarlet Spellbinders, a unique mob south of Hearthglen in western plaguelands before Cataclysm. When they were removed, owners of the formula asked for high prices in the AH.  The price for the scroll of enchant didn’t seem to change much, but players paid thousands for the actual crusader formula. Sinshroud says “I feel sorry for those who have bought it recently from the AH for up to 15,000g.”

Crusader is now a popular enchantment for alts under level 60, I believe scrolls can be applied to BOA heirloom weapons.  I’m not big on enchants for twinks and heirlooms so I hope someone will confirm this 100%. The enchant gives the chance to increase strength and a heal to self when striking in melee combat.   It also has a great glow which you can check out on the legendary glowchart.com They’re selling for around 600g on my server.

Sinshroud offers this warning about farming Archmages in Tyr’s Hand

[WARNING] There is a quest line in lower Tyre’s Hand Vacinity that starts with the quest Victory From Within and ends in Like Rats that when completed, the good guys basically take over the undead in Tyr’s Hand and you won’t be able to see or kill the Archmages that drop the formula anymore.  I just found out the hard way by doing the quest line inbetween clears waiting for the mobs to respawn.

The Crusader Formula is selling today for nearly 10,000g on my home server, but I would suggest that you get to Tyr’s Hand and pick these up quickly before the rest of your server discovers the news!

Fast Crusader Farming on any server

The Scarlet Archmages are level 42-43 and hostile to both alliance and horde factions.  Living in Eastern Plaguelands they are perfect fodder for a brand new death knight to fly down fromÂ Acherus: The Ebon Hold!  I’m making a new death knight now to try out this idea and will let you know in the moments whether it is successful.  Your starting-level DK at 58 can kill and farm the Scarlet Archmages and sell the Crusader Enchants for a much better profit, and possibly for more fun than a level 1 human camping for Lil’ Timmy’s white kitten in Stormwind!

Could this be the new and most efficient gold-per-hour for a starting toon? Or will it be disqualified because DKs don’t count? 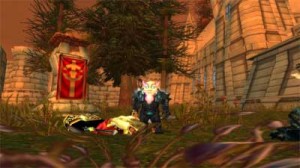 “all your formulas belong to my fearsome DK gnome!” Golden Manners for a Golden Reputation Membership of The Gold Queen
Scroll to top
This site uses cookies: Find out more.