Classic World of Warcraft servers were announced at Blizzcon this weekend.

Information about the servers themselves is quite sketchy at the moment, and Blizzard are going to be working on the new expansion “World of Warcraft, Battle for Azeroth” first before tackling the complexities of creating vanilla warcraft servers.

But when Classic servers are opened, who will help you make enough gold to afford those expensive mounts? If only there was someone with years of Warcraft gold making experience who remembered how to make gold in vanilla World of Warcraft.

Here’s what I remember from Classic Warcraft gold farming.

Mounts also take up space in your bags, bags which will of course be much smaller.  Every bag space counts.  With no guild banks, and much smaller storage space, your bank alts are going to be essential.  You’ll need to remember to always post everything back to a bank alt, and to remember to get everything from the mail box to the Auction House.  Which is only in Ironforge or Orgrimmar.

If you’re a tailor, you’ll be able to make good gold from crafting bags as well as quivers and ammo sacks for hunters, and soul shard bags for warlocks.

I’m not sure about crafting gear for players, although there are some recipes at level 60 that you can expect to cost a lot of gold, but also produce a lot of gold, including:

You won’t get extra cloth by farming cloth on your tailor, so you can bring any character.   The most expensive cloth will be mooncloth, with a 4 day cooldown.  Grab that pattern from Qia in Everlook, Winterspring. The second best cloth will be runecloth.  That’s best farmed from the ogres in Dire Maul, Twilight mobs in Silithus, and the trolls in Zul’Masher, which is north of Lights Hope chapel. 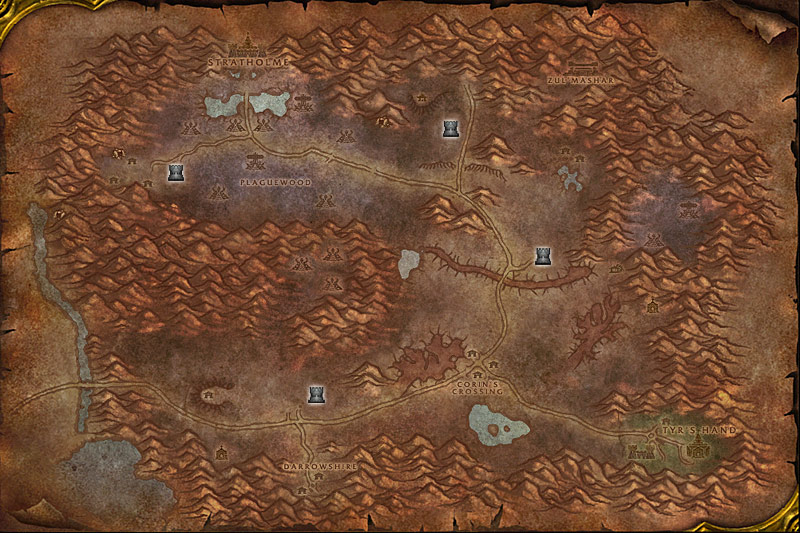 Enchanting is the most profitable profession you can take.  There are no scrolls to enchant onto to put onto the Auction House, instead you bark, or call out your available enchants.  Concentrate on the high end enchants, such as crusader enchant.

You don’t even have to level enchanting to profit.  With 1 point in Enchanting, you gain access to disenchanting, and can disenchant anything.  Even the raid boss drops. It’s a useful skill to take on alts.

Park your toon on the Ironforge Bridge, or outside Orgrimmar bank and start yelling on /2 trade chat.  Check which enchants you have mats for and price them up with a tidy profit.

Alchemy is invaluable for a raiding guild in vanilla / classic world of warcraft. Unlike today, flasks were expensive, hard to source, and rare.  They gave the top guilds an edge on bosses that were proving difficult, a little like Vantus Runes in Legion.

Flasks require access to an alchemy lab.  These can be found in Blackwing Lair, just after Broodlord, and in Scholomance, just to the side of Ras Frostwhisper.

Alchemy requires different vial types.  When you’re buying them, buy a few extra and put them on the Auction House.

I recommend you pick up the recipe for Frost Oil, because it sells very well on the Auction House for level 60 players who need it to do an “Emperor Run” in Dire Maul. Sometimes also called a Tribute Run.

One pattern you’ll definitely need is the [Major Mana Potion] which you can get from a mob in the town area just before Scholomance instance entrance.  He’s a ghost that you can only see if you’ve equipped a trinket from the questline in Scholo.

In order of gold making ability

There is no jewelcrafting, and no inscription.

Things You Can Farm in Warcraft Classic

Meat and Fish for hunters pets who require feeding.

Arcane Crystals for making Arcanite, these come from Thorium Veins and the best place is along the sides of the zone in southern Silithus. Alternately, Ungoro Crater.  I’m not sure if the coloured crystals from Ungoro are BoE and able to be AH’d, or BoP.

Reputation.  This can be farmed by a raid group, up to 40 players.  So if you need to get to Winterspring, get your whole guild together and destroy the Forbolg in north Felwood one afternoon. They guard nice herbs in this area too.

Zesty Clam Meat and Turtle Scales from the turtles in north Tanaris coast.  One is used for cooking leveling, the other is really important for leatherworking leveling.

Felcloth, from the Satyrs in north-western Felwood.

Crusader Enchant, from Scarlet Mages at Tyr’s Hand (also drop nice greens and cloth). Take a level 60 friend as the damage can be quite high. Righteous Orbs from Stratholme Cathedral / Scarlet side.  My best drops were from the scarlets in the hallways, not outside.

Whelpling pets. Like reputation, this goes faster if you go as a guild, and agree to share the profit.  Head to Badlands for the dark whelpling, and farm the red whelpling from dragonkin near Grim Batol entrance.

Chimaerok Tenderloin from level 60 chimeras in Isle of Dread, south of Feathermoon Island.  They make the best tank food in classic warcraft. 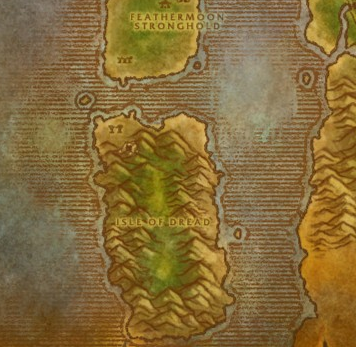 Cheap herbs from the vendor at Darkmoon Faire.  Every few minutes the vendor has a limited amount of herbs to sell.

Wool Cloth from Kurzen’s Compound in Stranglevale.  Also from the Stockades, Stormwind.  Wool is in low supply for horde, so consider learning cross faction arbitrage.  Each faction has their own auction house economy!

Crawler and Clam meat from mobs in Zoram Strand in Ashenvale 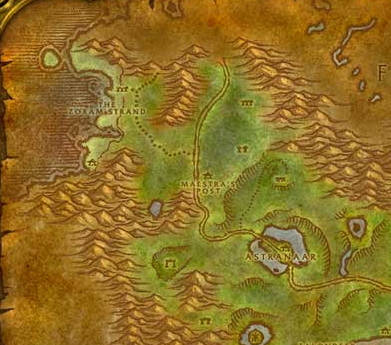 You can solo Lower Blackrock Spire, stealthing through the first part of the instance then jumping down towards the orcs and solo all the way to Mother Smolderweb.  It’s good pickpocketing. There’ll surely be someone determined to get exalted with Ravenhodt on your server, despite the lack of Insane title. And lack of all achievements!

You can also make good gold for opening lockboxes, park yourself in a public place like Ironforge Commons or Orgrimmar near the Auction House, and let Trade Chat know you’re available.  You can even make gold by offering to stealth in and pick the Shadowforge Lock open in Blackrock Depths!  You’ll need to level up your lockpicking though, so work hard on it like any other profession. Try Redridge, Wetlands, and near the coastal nagas in Ashenvale.

Sorry! No addons (unless some are made specifically for the new release of Warcraft Classic). Also, Bidding Is A Thing.  There were bidding wars for the most expensive items on the AH, which you can only find in IF and Org. There might be bidding wars for the rarest of items on trade chat or the realm forums, for things such as the Hide of the Wild pattern. This drops from Dire Maul, Knot Thimblejack, by the way.

For Blacksmiths, Armorsmithing and Weaponsmithing are things, you must choose which to specialise.  Same with Leatherworking and Tribal, Elemental or Dragonscale leatherworking.

You can profit with cooking, as Savory Deviate Delight was much in demand in vanilla warcraft.  I got mine from mobs in the Barrens, but I believe the pattern also drops from mobs in Mulgore. Either way, the raw fish comes from the pond/lake at the Oasis outside Wailing Caverns.  The cooked fish doesn’t just turn you into a pirate or ninja, but you can also gain faster casting time, or +rage for tanks mid-fight, +energy for rogues.  (Not for feral druids. There is no such thing as feral druids in classic, they’re all healers with the occasional moonkin!!)

Not yet Battle Pets, you will be able to make a fierce amount of gold if these come as bind-per-character rather than per-account.  If you want to sell cross faction, from Horde to Alliance, or Alliance to Horde, you’ll need to use the neutral auction house in Booty Bay.  This is going to depend heavily on how Classic is implemented. 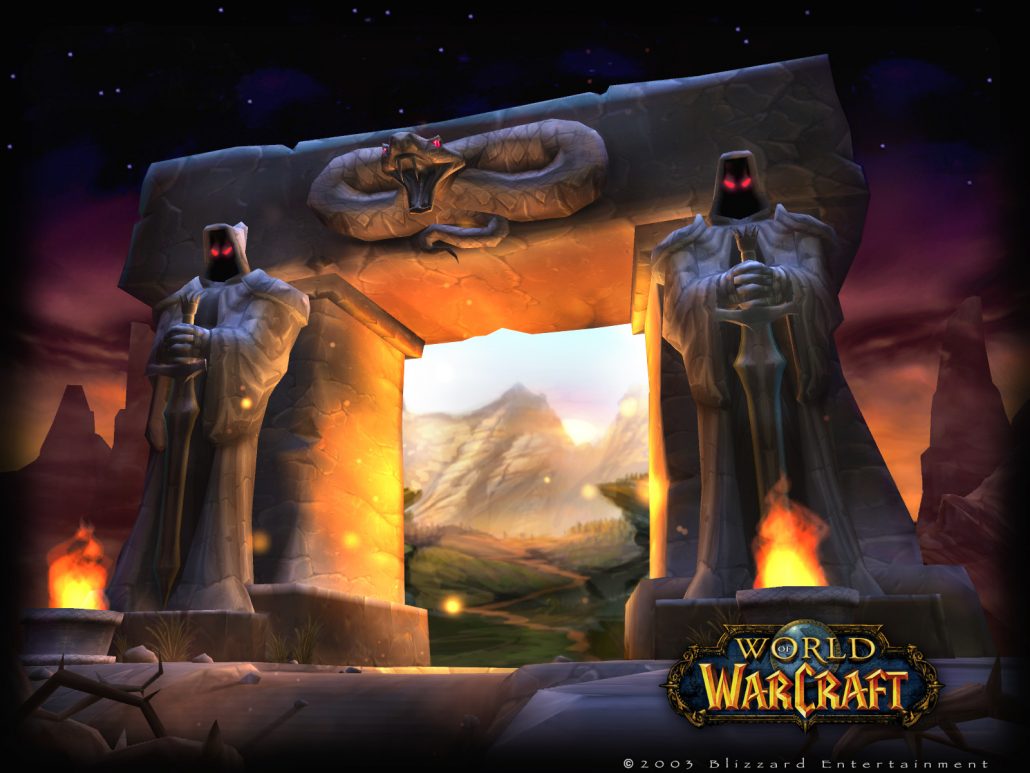 An extremely rare herb, one is needed for each flask that an alchemist crafts.  Only one black lotus is up at a time, and it can be found in Silithus (one north of AQ gates, one in crystal vale) and Winterspring (one at Mazthoril blue dragon area, and one south of the main road in the western Furblog area).  Apparently also one in Eastern Plaguelands, I never saw it.

If you decide to farm Black Lotus, you’ll need to camp the spawn spots, preferably with multiple alts logged out at the spawn nodes, and keep a timer.  Once one is picked, it’s an hour until the next spawn time.

Things like the Fishing training book from Booty Bay and the First Aid book from Stromgarde (A) and Brackenwall (H) will fetch a very good price, but even the less rare items like Undermine Clam Chowder recipe (from Steamwheedle Port, Tanaris) can sell well.  The Limited Supply routes in capital cities in Legion is still the same route and vendors as back in vanilla.  Become a Patreon to The Gold Queen and see the limited supply routes for IF, SW, Darn, Org, UC, and TB, as well as the Booty Bay special, in videos as part of the gold guide I’m still crafting.

Why We Love Wowhead
Scroll to top
This site uses cookies: Find out more.