Why buy the old gems?

As experienced gold makers know, more people in old raids means more cheap greens in the Auction House, and more gems being “thrown away” into the AH. 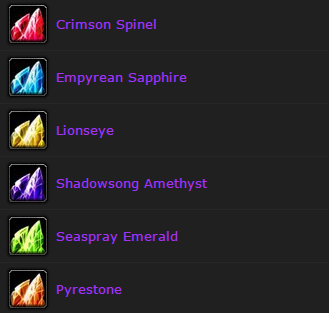 A Jewelcrafter with patterns to cut the gems can get a significant mark up by cutting these gems for level 70 twinks on larger servers.

Check your realm to see if it is worth your time to get into this forgotten market.

How to sell Burning Crusade Epic Gems in 2015

These crafted gems will sell slowly, not often, but will make a large mark up when they do.  You can keep them uncut in your bank, and advertise your cutting ability in trade chat.

Or you can cut 1 of each type and put them on AH.  Be prepared to repost, and think of your single item on the AH as an advertisement. Players might buy your gem then come to you asking “can you make some more?”  This would save you auction house relisting fees.

Consider epic gems as part of your long tail. What is a long tail? 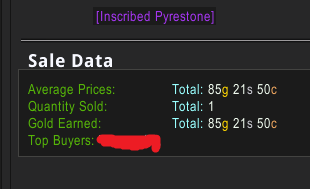 How to steal a snatch list - is this even legal?

Day in the Glamorous Life of a Warcraft Gold Blogger

How to be a Great Gold Maker
Scroll to top
This site uses cookies: Find out more.