Blood, Gold, and Regret
“Seizing a fortune proved this destroyer’s undoing. Its crew turned on each other, only to become cursed ghosts, unable to spend the gold they gave their lives for.”

To counter the ghost crew, you need a Ghostly Spyglass.

The Equipment Blueprint: Ghostly Spyglass is now a guaranteed drop as of July 8th, 2015. from Captain Ironbeard, rare mob in Tanaan Jungle. 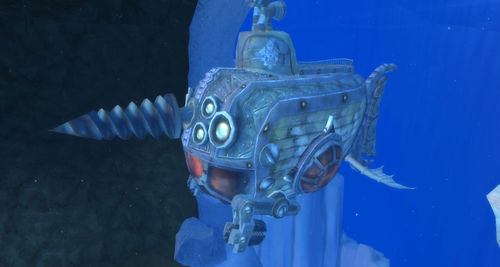 These two ship crews increase the gold from Shipyard Missions.  You can only get this with a new built ship.  “If you don’t have a ship with these crews, you may want to decommission an existing ship and rebuild until you get one in order to improve your chances.”

Look for a Destroyer with either a Dwarven or Goblin Crew, and equip a Ghostly Spyglass