I’m not recovered and have a lot more healing to do, and some things will never be the same again. Â But heck, I’m here and I’m trying.

I wrote a lot of gold blog posts from hospital, using a notepad and pencil, and uploaded them tapping them into my smart phone.  I also used my android phone with WoW Armory/Remote Auction House to make some sales relisting items I’d previously crafted.  Some of the posts I wrote are:

My Gold Gaming Buddy 1 and Part 2

Gold Gamers are Greedy Bastards, Deliberately Screwing Up the Game

I’m not feeling 100% yet. Â One of the side effects of post traumatic stress is wooly-brain-ness, if that is even a word. Â I’m less sharp than I used to be.

Be patient, normal Gold Queen Service will be resumed asap.

“With one voice, as one community, we are speaking out and working to end violence against women.”

I was deeply touched by the White Ribbon response, organised by Kathroman of The Consortium, and assisted by several prominent bloggers throughout the World of Warcraft blogging community.

I was proud that bloggers had looked beyond the sensationalism of “eep one of our own was hurt” to the wider issue of caring for our fairer sex in general. I’d like to widen that issue further and turn attention to violence to all, not just to women. Mankind is capable of great beauty, of deep thought, but also of great destruction.

I was also proud of the way a community came together for a common cause. Â I knew you had it in you, I just never imagined I would be that cause! Â Care Bear Group Hug!

How can you help the White Ribbon campaign?

Do me a small favour.  When you get ganked in a battleground, yell out in rage that you’ve been “pwned” not “raped”.  Rape isn’t a joke.

Taking down an enemy in a battleground is funny. IRL trauma isn’t.

Additional commentaries and shows of support: 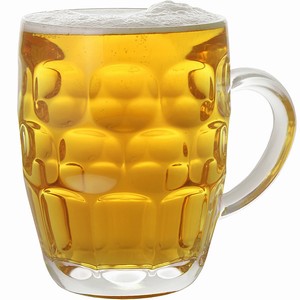 Traditional English “thank you” is either a bouquet of flowers to a lady, or a pint for a mate. Please consider this a virtual “pint”!

All “Oli” did was approve some comments, and edit one post to include the links to which I referred.  These simple acts brought me great peace of mind, which is priceless.

To Flux of Power Word: Gold for actually listening to me on Skype.

To Sinshroud of the Consortium for helping practically.

For Nev of AH Addict for becoming a friend.

To Readers of The Gold Queen who took the time to chat to me on Twitter, and then to become friends with me on Facebook.

Oestrus for such a nice tweet about me today “You are nothing short of an inspiration, GQ. Keep it up! *hugs*”. Also Martin, Liam, Marcus, Matthew, Ryan, Dechion, Charles, Darkfriend, Murray and Lindsey, Ricardo, Faythe, Trimble, Alto, Cas …

To fellow Gold Guide writers and partners,Â thank you for your understanding and patience, and especially the talented Jonathan Kennins of Gold Speed Run. I’m still regretful that I missed Gold Speed Run 6.

To complete strangers, readers of the blogs who displayed white ribbons. They offered hugs, and support, at a time I really needed them. Â Those who had been through similar traumas, or those who just wanted to care.

(Back to “The Gold Queen” tomorrow!)

The Gold Queens Guide to World of Warcraft Remote; or how to make warcraft gold...

3 New and Little-Known Ways to Profit from the Darkmoon Faire
Scroll to top
Posting....
This site uses cookies: Find out more.