Announced on April 4th so is unfortunately not a very bad April Fools’ joke, the Remote or Mobile Auction House app is being retired on 18th April.

Some World of Warcraft community sites make use of Blizzard’s API to access Auction House–related data, and we will continue to support for that. If you regularly visit a site that accesses data from the Auction House to keep an eye on the price of fish, you (and they) can continue to do so after April 18. Carry on fish-watching to your heart’s content.

In the meantime, eager auctioneers all over Azeroth are still available and conducting business as usual, so seek them out for all of your Auction House needs. Time is money, friend!

A bitter blow to the gold making community.

Why the Mobile Auction House Matters

For posterity, the mobile auction house was used for

What about The Undermine Journal and Trade Skill Master?

The API remains unaffected, so the Undermine Journal and TSM should carry on as normal.

There had previously been some quiet worries that the Undermine Journal would be closed.  This was because of the lack of API.  The API was since restored, and will continue despite the loss of the mobile / remote Auction House.

It’s worth making sure that all your eggs are not in “one basket” and to learn how to also use the wowuction website.

Coming Back for Battle for Azeroth?

There is conflicting hearsay about whether the mobile auction house will return for Battle for Azeroth Expansion (announced for August 14th 2018).   One source saying that it had been totally discontinued for financial reasons, with very few players using it, and that the loss of the website interface pointed to it being far too difficult to reinstate unless re-written from the ground up.

At the same time, another source on Reddit says that “They already said at Blizzcon 2017 that both current apps would be retired for a new all inclusive app”

It would be a very strange, backwards step to remove a mobile app in a world increasingly accessing the internet from mobile devices. The Legion app, which allowed you to manage your order hall and your alts, has been a success.

I’d like to believe that a new remote auction house app is coming, but my fear is that with the hype surrounding Battle for Azeroth, and the focus more and more on pvp esports and pve mythic invitational esports, that “AH pvp” is simply not a priority for Blizzard devs.

Reading through the World of Warcraft Magazine number 3 (published in 2010) I found a reference to the Warcraft Mobile Auction House in this article that could give a suggested solution. 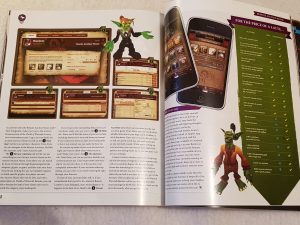 In the article, the magazine says that the remote auction house costs an extra $2.99/month.

I was making Warcraft gold in 2010 and remember the charge, but I don’t remember when the charge was removed and when it went free.

Could reinstating the charge cover the cost of running the Mobile Auction House?

“An optional subscription to World of Warcraft Remote will let you buy, sell, and collect your earnings for $2.99 every 30 days” 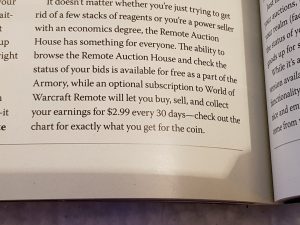 Would you be willing to pay for a Remote Auction House app?

Yes I would pay

No, the remote AH needs to be free

No, the remote AH needs to die in a fire How to Get Overwatch Loot Boxes, Without Paying a Penny
Scroll to top
This site uses cookies: Find out more.