To attain wealth in Warcraft, you need to take steps every day. You need to develop a gold habit.

The first step in cultivating a gold habit, is not spending gold when you could save it. 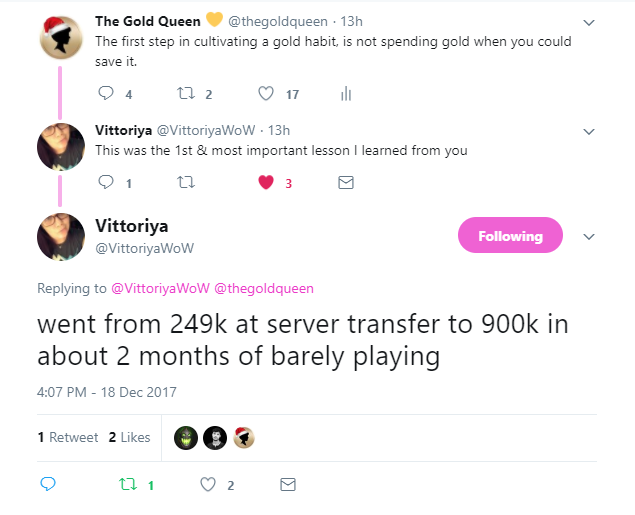 The second step towards creating lasting Warcraft wealth, is discovering what players want. It’s an easy step, because *you* are one of those players, and you’re surrounded by them to ask.

The third and final step in making gold, is looking at yourself. Seeing how you can meet the needs. What you can do that’s valuable. How you can improve yourself. And how you can include this in your everyday routine. 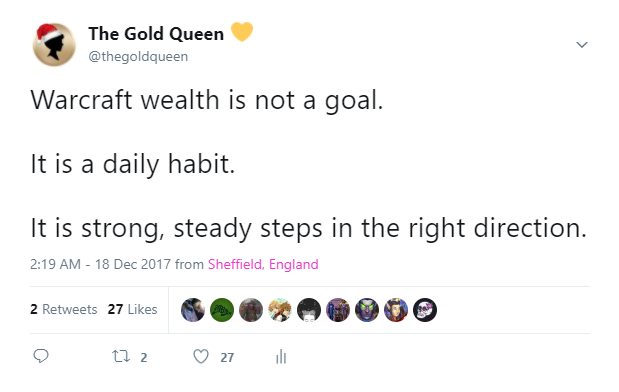 Mhmmm exactly. I came to my server with 750k because I brought over 3 characters. I'm sitting at 5 million now and that's been over one raid tier. I never brought anything I didn't need