In Battle for Azeroth, the tailoring pattern for Flying Carpet no longer uses Golden Draenite.

Prospect your Adamantite ore before Battle for Azeroth. If this change makes it to live, the value of Adamantite will be affected a little. 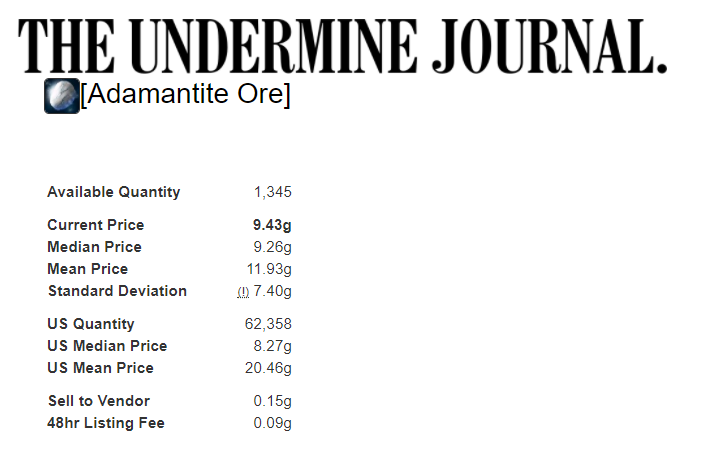 Iceweb Spider Silk is currently only 1-2g each and can be farmed easily in Naxxramas, Arachnid Quarter, and from Crystalweb Spitters who live in the cave just north of K3 in Storm Peaks, Northrend. You may want to pick up some Iceweb Spider Silk today at 1-2g to hold for a few gold profit, but don’t expect to make your fortune.

Remember, Battle for Azeroth is not yet live.  This is still a beta situation.  The change could be accidental and be reverted.  The lack of change for the epic Carpet mount might be accidental, and Monarch Topaz could be removed.  Keep an eye on it.