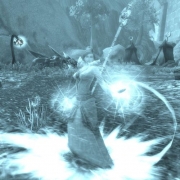 Today I will answer “why is the wowtoken price rising?”

We are working hard to gather and to make high value items, but it’s not enough.

The wowtoken price is rising. Why?

Usually I can afford a wowtoken but I can’t afford it with dollars.  There is a hard grind to get the gold. I can’t do that if I have a full time job. I don’t have time to do that! People are scared to take risks with flipping, spending gold to buy low, sell high, because if it doesn’t sell then we simply don’t get our wowtoken! You have two choices to afford subscription: spend all your time making gold, or work hard, and buy a wowtoken.  The bots are winning.  – CorSolider

A lot of people are taking their gold, converting it into a wowtoken, and buying the other games. I’m hearing complaints from:

Casual players who can’t afford it

Heavy transmog farmers who have given up

Casual gold farmers who have left

What Happens to Gold?

You log on to Warcraft.  You take 6 hours to gather some items.  You put the items on the Auction House.  The items sell, you take your gold, you see that it’s enough to buy a wowtoken *or* to buy something from one of the other 8 games supported by Battle.net. You get another game. You log out. You never come back. The gold is gone from the warcraft economy.

Why is the Wowtoken Price So High?

The wowtoken was meant to be an alternative to buying Chinese botted gold. Instead of buying gold, you bought a wowtoken.

But now, bots are farming items, posting them on the Auction House, and taking the gold out of warcraft. It’s gone. Farewell.

How Do You Take Gold Out of Warcraft Economy?

Simple: You gather items, you put the on the AH, you sell items, you buy a wowtoken, you convert it to Battlenet currency, and you buy things outside of WoW. The value of those farmed items is gone.

You buy Heroes of the Storm skins

Only automation, bots, will keep up.

You are working your butt off, and what you get back is becoming smaller and smaller.

Do you remember when you could work for a day or two, sell the items, and buy your wowtoken?

You can’t do that anymore unless you are an automated bot or you are a duper, or you know my Warcraft Secret Guides.

Prices are rising. Nothing will bring it down.

It only bothers me because of the effect on token prices. As someone who has to fund a sub with gold or not play it’s definitely irritating watching prices ballon every time a game I don’t play screws with the prices.

I think since they're allowing other games and other events affect the value of the WoW token then similar systems should be added in those games(Hearthstone, CoD, Diablo, etc) too, maybe not all of them but enough to help keep the prices healthy. 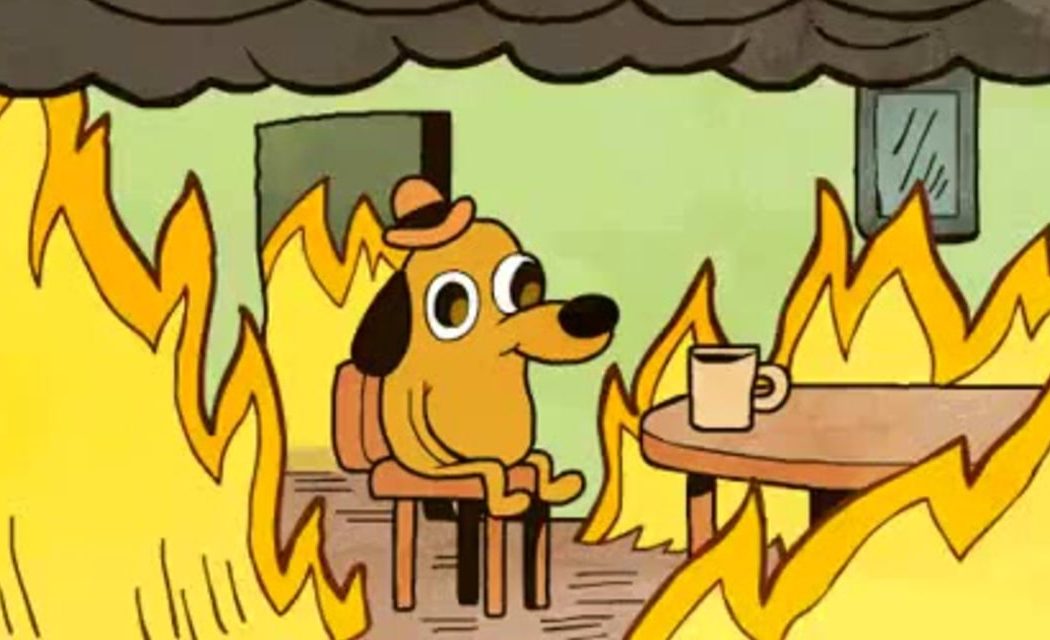 And then you go the Auction House. To buy a simple raid flask.

And the price is ten times what you expect.

Now how do you feel?

Let me Illustrate How The Wowtoken Works 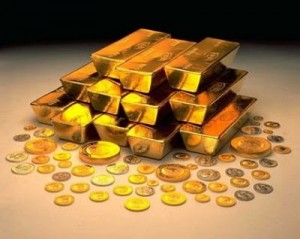 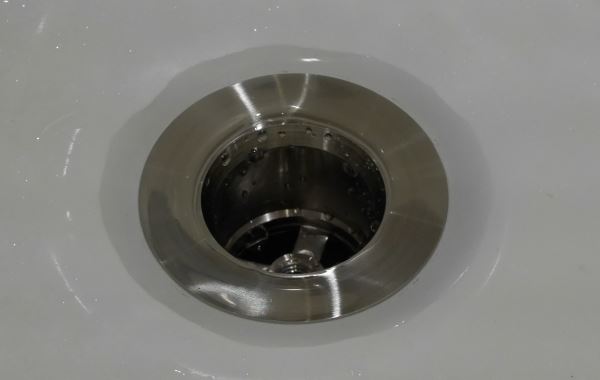 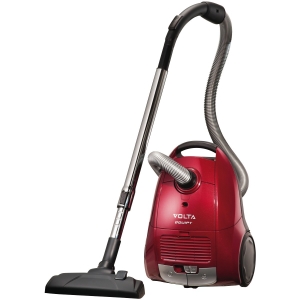 We have no problem with gold being sucked out of the Warcraft Economy, if value is also being pumped back in.

This is Warcraft Right Now 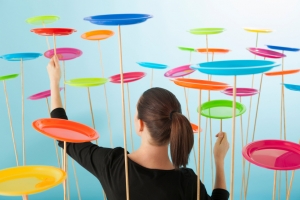 We are spinning plates, holding up 9 games with our work.  None of those games gives you the ability to create Battle.net balance and to give it back to Warcraft. The economy is only flowing one way. From warcraft, to battlenet balance, to other games.  It does not flow the other way.

Imagine if your work salary was paid in Dollars. And only dollars. No English Pounds, no Euros, no anything else.

You could convert your dollars to any the currencies. You must pay your rent in dollars. Then, being a multicultural type, you could buy books with English Pounds. You could buy food with Euros.  You could buy computer parts with Yen. But you could never get your Dollars again.  You bought a new computer, and some food. How do you afford rent? What happens to the price of Dollars?  It’s impossible to make more unless you work. Again. Harder. Work. Harder. More.

You cannot get your “Dollars” back.

Every time you buy something with Battlenet Balance (ie with wow gold), you are influencing the WoW economy.

Is This a Gold Sink?

Yes, kinda, it’s a gold sink because the gold exits the economy. But there is no mount, no cosmetic, no game service, no game time. You have to pay for it with your IRL gold.

The balance is broken.

When people use gold sinks in WoW, they keep playing the game. Thus generating gold back into the economy.  When people use sinks in other games, they siphon off gold and give nothing in return. Nothing goes back into Warcraft.

How do you get any new currency in Warcraft? You go out and you farm. Some more. And then some more.

Destinity 2 is out? WoW’s economy takes a hit.

Call of Duty is out? WoW’s economy takes a hit.

By creating demand you are generating inflation.

Is there anything wrong with inflation?

Gold Makers know that wowtoken will rise, slowly, over time, keeping match with Warcraft inflation. That’s ok because we can make more gold! Gold Makers love inflation, we love when we can get more gold for our items in the Auction House.  We love when we can work for n hours and earn enough for a month’s subscription.  How are we going to feel, though, when we must work for 2n or 3n hours for the same effect?  Are we.. wait.. are YOU going to want to do all that extra hours of work?  Should you have to?

Just because CoD is out?

I just want CoD off my Battle Net Launcher

That’s the cry I hear from my followers.  You don’t realise the damage the wowtoken/battlenet drain will have on the warcraft community.

That prices will rise.

That you will need to work harder, longer, farm more, to make the same profit.

Those of us who use wow tokens know it will rise, new expansion came and when Destiny 2 came we saw some rise in these tokens and normalized "but" never gotten down again in price, if they put "loot boxes" and micro-transaction in CoD 4 we will see the token prices go up more

When inflation rises in Warcraft, its good, it means the economy is healthy.

I’m talking to Warcraft veterans who cannot do it anymore.  Who can only farm 8 hours a day. Who are exhausted and can not compete with bots and dupers. 9 hours a day is too much. 10 hours? no.  16 hours? Why? That’s not fair! 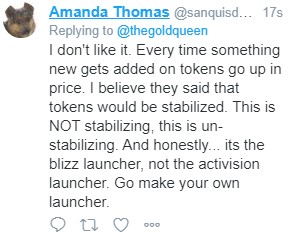 You have three choices

Work harder than the bots.

You can stop goldmaking, and instead purchase wowtokens with IRL gold (£, $.. )

You can leave Warcraft for something that is less work

Too many veterans are taking the last choice. That’s super sad.

Don’t make us uphold 9 games any longer.  Make it fair.

The GoldQueen Why You Will Be Fishing All Day in Battle for Azeroth
Scroll to top
This site uses cookies: Find out more.