A swift spectral tiger is my dream mount, and I suspect the lusted status symbol of several readers. Speak up if that’s you?

My problem is that I’ve never seen a swift spectral tiger on my auction house under 650,000g. And I’m too stingy to pay that much.

Mounts I still don’t have

Polar bear, spectral tiger. I still don’t have the sandstone drake! I could have bought the 2nd or 3rd on the server but I don’t like being second, and I don’t like its looks. I’ll buy it one day in a bulk pack of 10 when I’m bored.

My Swift Spectral Tiger that got away

One day I spent so long just looking and longing at the 650k tiger mount on AH, sighing like a lovesick teenager, and decided to buy it. Forget the expense, that’s what gold is for. So I took a deep breath and clicked buy.

My heart was beating, this was the moment all my gold making was worth, my own speccy tiger. Are you sure? Prompted the Blizzard interface. Another deep breath, and another, then I clicked yes.  That item cannot be found.

Between clicking yes and confirm, someone else had bought the mount. Literally and honestly one or two seconds too late. I had to log off to hide my disappointment.

I guess it was just not meant to be. Fate must have another spectral tiger somewhere, waiting for me.

I hope it hurries up. 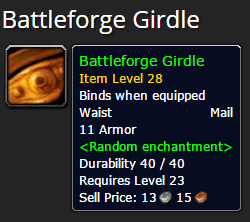