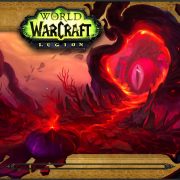 Raid content for Legion is about to be released.

Raiders want to prepare for raids before raid time, and want to enhance their new loot after raid time.

Usually, gems and enchants do not sell until after raid time.

This raid release is an exception because players aren’t yet all meeting the raid gear requirements of their raid leaders. So they will be buying everything before raid as well as afterwards.

After raid:  gems and enchanting scrolls.

Potions: health potions in full stacks, made with Yseralline Seeds.

How to import Auctionator lists

Be prepared for aggressive posting.

Post at a high profit, and be ready to cancel and undercut.

This is not usually the best way to make profit but will work best in this situation.

Today, as soon as you have your daily World Quests completed, start crafting, craft until your fingers bleed and you have to buy keyboard cleansing wipes.

You should also be pushing your Obliterum sales hard. If you haven’t already, check out Umren’s Obliterum guide which uses TSM, alchemy, leatherworking, and enchanting to shuffle raw materials into Obliterum.

Why Azuregale Bay is My New Home
Scroll to top
This site uses cookies: Find out more.