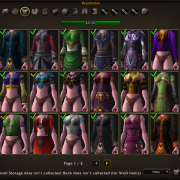 6 years ago, Glyphmas was one week when all players needed to suddenly purchase all their glyphs again.

With a headsup from the gold making community I prepared for Glyphmas by crafting thousands of glyphs, and earned myself a gold cap in one week.

Demand for transmogs is expected to start, slowly, now, because of the release of the addon Legion Wardrobe which allows players to look at their armor by appearance.

Demand will increase tenfold with the release of Patch 7.0.

Demand will increase with the release of World of Warcraft:Legion (August 30, 2016).

Warcraft gold farmers in particular will be more excited about the new herbs and ore than about going back to Zul Farak to look for some interesting new boots to sell!

Which items to store?

Which items to dump

Wands, common-looking offhands, bracers, necks and rings. Most fist weapons, except the unusual ones.

Which items to buy now

To a lesser extent: cloaks 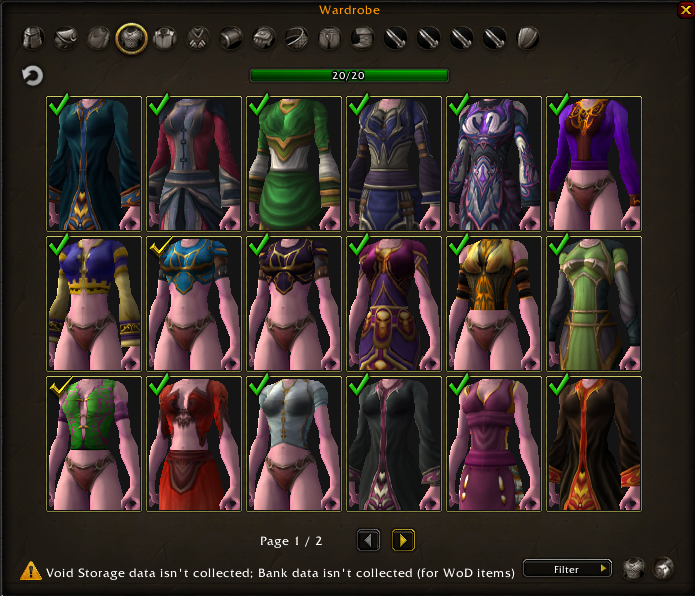 No weapons will drop in Legion. The only weapon appearances will be from your class Artifact.  For the first few months, players will be delighted with their new artifact looks. I predict that some players, however, will be unhappy being the 100th paladin with Ashbringer, and look for more unique appearances. This is when they will want the weapon appearances.

Therefore, the weapon demand will not be as high as armor, but it will still exist.  Scoop up the very best bargains as you see them (10% value prices, for example) and you may find yourself being the market leader.

For shirts, please see my blog post about crafting and buying shirts.  There are shopping lists and snatch lists for you.

Weapon enchants. Unfortunately, some illusions drop in Legion direct from bosses, with no need for an enchanter to create enchanting scrolls.  At the moment, not everyone knows this, so continue to sell your weapon scrolls.

What price for Transmogs

Potion of Luck not so lucky after all
Scroll to top
This site uses cookies: Find out more.