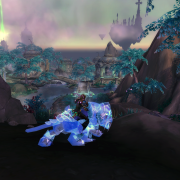 Gold Making with Professions, Flipping and Shuffle in Legion

Suramar has now been included in the Legion Alpha build, so I took a look around and started tweeting my thoughts about gold making in Legion. It struck me afterwards that I had tweeted so much they deserved their own blog post.

I’ve tried to keep this post as free from spoilers as possible, instead sticking to the “feel” of the changes to World of Warcraft rather than storyline or sight seeing, but there are one or two hints in here!

Suramar zone is pretty but dangerous. Some of it looks very unfinished, so I hope they put more quirks in. Suramar city itself has packs of elites, so better farming later in expansion.  Although there are some hints that this might be a level 110 daily zone.

Moon Guard Stronghold, in Suramar zone looks like an excellent place to farm, full of packs of humanoids at max level, but their drops aren’t great at the moment. It’s a spot I will continue to watch as it evolves. 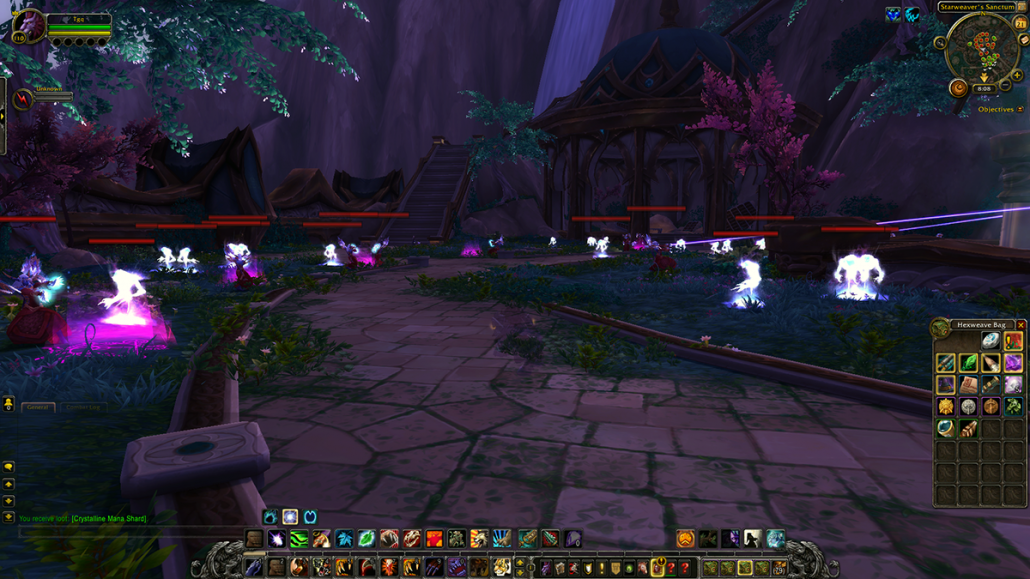 If you remember the Mists of Pandaria gold making dailies. Legion feels like that. Except devs sneezed all over the map.

You’re going to be doing a lot of running from place to place to do quests, kill, hand in, on to next place. See pic!

For my prefered gold making spot, I’m still drawn to high mountain tho not yet found a good repeatable farm spot.

I think the challenge of Legion gold making will be creating efficient routes from beneficial area to quest to gathering to quest to home. 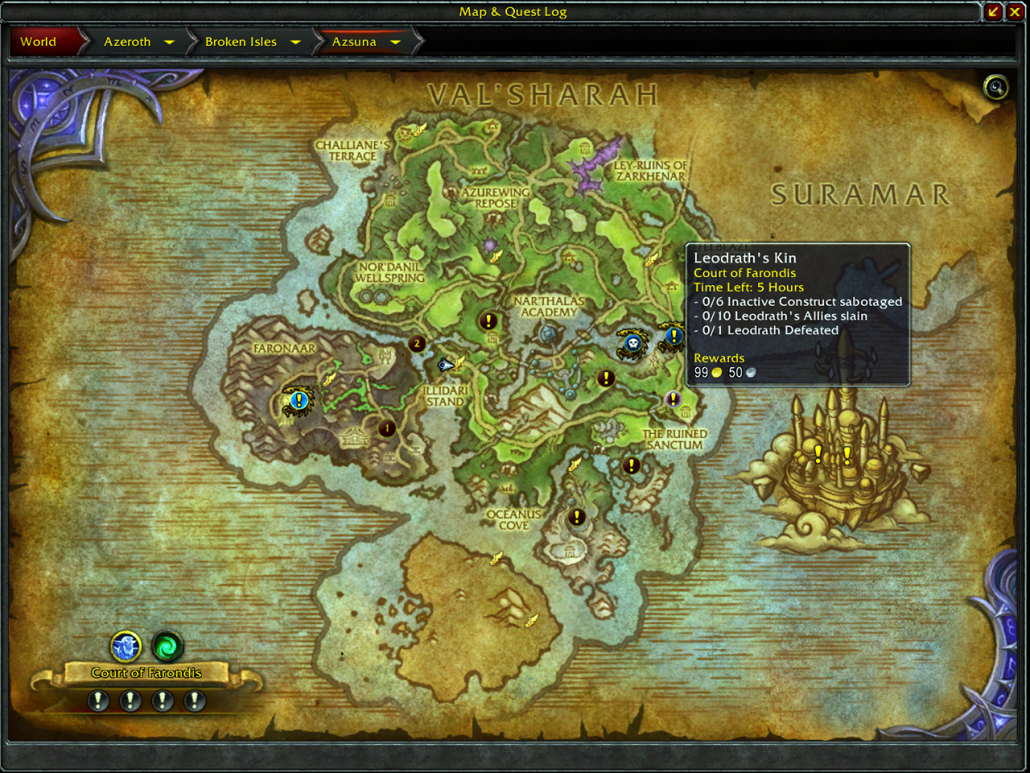 I’m not seeing herbs and ore yet in Suramar (zone) but mostly because I was watching the giant elite mobs I was trying to stealth past.

Ore used to be along mountains and ridgeways. I’m not sure if it’s fully implemented yet, but right now, it feels sparcer than in Warlords of Draenor, and oddly Skyrimish.

The changes to the ore and herb node types are very nice.  It’s going to be a challenge for multiboxers to get to the herb ore nodes but I’m sure they will manage it.  With each node now able to be harvested multiple times, multiboxing is the future.

I found the tailoring quest givers to be extremely rude. If you’re not a tailor they will dismiss you arrogantly.

I think archaeology got fun quests but not able to check yet.

The first aid is more fun but also totally nothing to do with gold.

I like the fishing in Legion. That will be a gold generator for sure.

The Surumar leatherworker trainer is not yet in, but the previous trainers were quite demanding.

I am seeing the rare trade material Blood of Sargeras a little more often with this Legion patch.  This may just be for testing, and I will keep watching it. 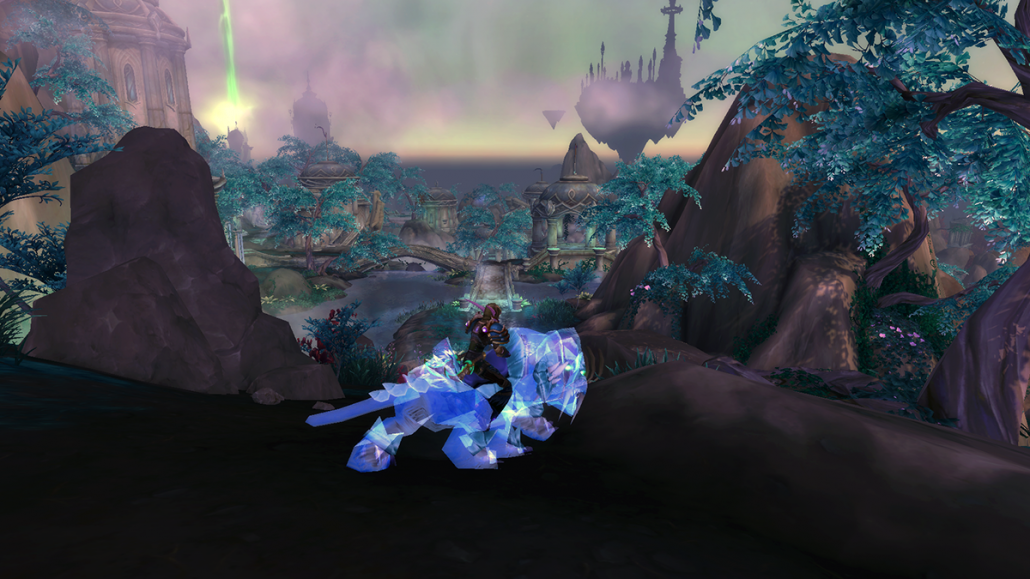 Your daily base amount of gold e.g. from garrison is gone.

Gold makers you will be crafting, crafting, crafting, and flipping those rare and epic boEs. Farmers, back to transmog for you.  The gold making from the world farming is going to come from daily quest rewards, and killing Broken Isle mobs in the hopes of those RNG BoEs for the AH.

Broken Isles will be out in 7.1.  By the time 7.2 hits, you will know every cranny of this land. You will be in the field a lot.

Legion feels like the Warcraft Devs took everyone’s favourite parts of old expansions, and put them together.  I wouldn’t be surprised if they even sneaked Ulduar in!

Reminder: Shuffle is when you take one item, add value to it, and turn it into another product. Such as prospecting ore into gems, then crafting cut gems.

There are going to be several profitable shuffles in Legion.  I dont know what the best are yet, I can just smell them, feel them.

Alchemy transmutes are going to be the centre of the alt matrix that you will need to make maximum gold.  Just like in Wrath of the Lich King, you will need several alts to maximise your gold making! 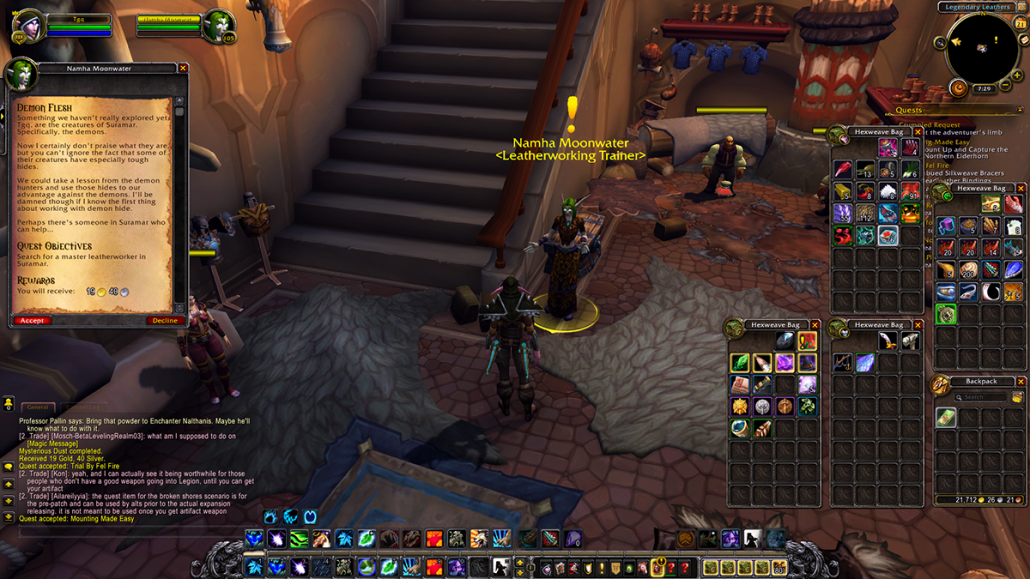 Legion gold making reminds me a lot of the all you can eat buffet.

Promises a lot, but you spend a lot of time moving from plate to plate

What Would You Do If You Discovered Warcraft Players Were Saving For A Special...
Scroll to top
This site uses cookies: Find out more.