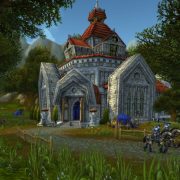 #BagsForAzeroth – What is Bags for Azeroth?

BagsForAzeroth is inspired by FriendshipMoose, an initiative in WoD for helping many people across the world to gain the Grove Warden mount from Heroic Archimonde.

#BagsForAzeroth is my idea for helping new World of Warcraft  players.

The idea is that veteran World of Warcraft players to help brand new Warcraft Battle for Azeroth players by finding them and giving them bags.

How Does Bags For Azeroth work?

By Who? At least one player per faction per realm, both EU and NA.  We could get entire guilds involved!

When? First 1-6 weeks of Battle for Azeroth

To Who? To brand new World of Warcraft Battle for Azeroth players.  We are still discussing whether returning players can be included, and if so, how to differentiate.

What? You give away crafted 12, 16, 20+ slot bags to new players.  Quality of bags to be decided by people who are involved. There are 14 slot bags you can buy from the Traveller’s Tundra Mammoth mount that would be perfect for level 1s. New Level 110s might get hexweave bags or smaller.

Check? How do we know these are new players? Maybe checking their armory? Maybe their pets? Achieves? We’ll be discussing this among organisers. We’re already discussing this on the organiser’s discord.

Why bags, not gold? Apparently bags are more useful than gold.

How? Perhaps during Twitch Livestreaming, or perhaps just during the course of gameplay, taking screenshots as it happens.

Promotion?  I’d like the organisers to help with creating the website, www.bagsforazeroth.com to bring it together, and of course to document and celebrate bags that are given away. We already have a Twitter hashtag #bagsforazeroth.  So that this idea can originate with me but take on its own life and evolve.

How to avoid scams? By not pre-advertising when you will be doing #bagsforazeroth until it’s done, by checking players are newbies, and other means that we’ll discuss amongst the organisers.

More ideas about this? It’s open for discussion!

What help do we need?

Right now: Organisation help, reaching out to influencers, commitment to helping out, ideas,

Where can you find out more about Bags for Azeroth?

I want to give away or make bags You should check out the Bags for Azeroth website once it’s up and running.  You’ll find us at www.bagsforazeroth.com

I want to receive bags To receive bags you must simply start playing world of warcraft.  Hang around the starting areas, do the starting quests, demonstrate your interest in the game, and if you’re lucky, one of us will come and help you with a gift.

I want to help organise You need to come to the discord.  You’re especially welcome if you are an influencer and you actually want to help and organise, not just being curious.   Poke me on twitter or by email to get hold of the discord link, or ask another organiser.

I’m just curious Check out the website, once we’re all organised.  www.bagsforazeroth.com