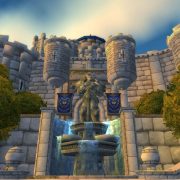 The name “The Gold Queen” was given to me by my 7 year old son.

Several years ago I discovered that day I owned 1/4 of the value of the Auction House on Silvermoon EU.

I was telling my son on the way home from picking him up from school and he said “wow Mummy, you’re like the queen of gold, oh oh I know, you should call the new blog that”.

And that’s what I did.

You can be Gold Royalty too

Since the day I was named “gold queen” by my son, I’ve come to believe that anyone can be gold royalty.

It’s not an exclusive title.

How to become Gold Royalty

In order to qualify as Gold Royalty and become your own Gold King or Gold Queen, this is what you need to do

Are you Gold Royalty too? Come on into the Royal Court with us!