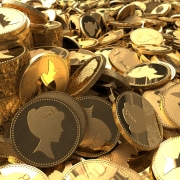 TGQ is famous for being careful about ethics, respect for other players, and fair play in gold making.

We bring you a mixture of

The mixture is designed so that most gold making warcraft players will find something useful or inspiring and valueable.

The Gold Queen website was founded in 10.10.2010 TGQ started as a blog, an irregular personal journal of gold making successes, fails, and ideas.

Very soon, we changed from a personal blog to an information website.

Before Cataclysm, we published miniguide ebooks, first focused on younger gold makers with less time on their hands, and then a guide on making gold with companion/battle pets.

In 2015, Amanda joined us, and in 2017, Joey the Gold Dragon came on board. Joey writes blog posts, opinion pieces, and how-to guides. He also answers email and helps promote TGQ branding on Twitter.

In 2016 we released the free goldmaking email course, which became very popular.

After ghost writing 2 other paid-for gold guides, with Legion launch we started writing a video-based membership website. Always a perfectionist, it becomes ever bigger, and access is available to Patreons while it’s being written.

in 2018 we are being joined by Postremeh as our Media and Communications dude.

Alyzande never paid any attention to gold until November 2005, when she got to level 40 and could barely afford her first mount.  Beginning to research gold, she gradually got more into it, first teaching friends, then guild mates as she learned herself.  In 2010, she started a new gold making blog, because of hearing the same questions about gold making all the time.  Trying to think of a name, her young son named her “gold queen” after proudly hearing that his mummy had made a lot of gold in Warcraft.  After leading the server’s biggest guild and spending a few years with server first guilds, she now focuses much more on gold making and bringing guides to you. Her main is a feral druid.

Alyzande believes firmly that everyone should have their own crown and be their own king, queen, tsar, or president in gold making.

Alyzande’s 40-something, mum to two nerdy kids, and lives in the UK. If Warcraft ever made an NPC for her, she’d like to be a very ordinary looking tree, somewhere in Ashenvale forest, but clicking on the tree gives a daily quest of creating a small leaf-fall of gold coins, just enough to cheer up a new player, but not enough that veterans would cause a nuisance.

Least likely to have organised bags

Born in a little log hospital in the midwest,  TGD started his quest for in game gold domination when he couldn’t afford his first mount at level 40.

Looking around for information on how to make gold in the game he stumbled along different routes,  making every mistake in the book.  Vendoring greens,  selling items for coppers that were worth gold.   Looking for Gold in all the wrong places.

After finding different sites that only told half the story he was offered a chance to put it all together.  Making his first million he wrong for a long established journal as a ghost writer.   When the journal went defunct he went into semi retirement to ponder and build his gold fortune.

Having known The Gold Queen over the years and watching her success he appreciated the hard work that was offered.  Then an opportunity arrived.  Her majesty needed a staff writer.  Someone who knew how to make gold and to offer that knowledge to others.

So she gave The Gold Dragon an offer he couldn’t refuse.  Join the court or live in his cave and see others make the same mistakes he did.

Along with his 3 furry companions he looks to help when he can,  and to amuse others when necessary.

Posty started his Goldmaking journey November 13, 2014 as he furiously scraped together all the gold he could to have 100k to purchase the Champion’s Treadblade when it became available in game. After getting the mount, and looking at his paltry 200g, he decided it was time to get serious about Goldmaking and found @TheGoldQueen. After subscribing to her newsletter, and reading as many tips and tricks as possible, he’s now made and spent millions of gold in game. If he can, you can! So he works to give-back by helping her Majesty with little tasks and projects around the kingdom.

Posty has been playing World of Warcraft since Vanilla Beta in 2004 when his friends at work pursuaded him to go against his, “Never play a game I have to pay a monthly fee to play” rule. Day one, PostsemreH the warrior was born in Northshire Valley and killed his first Kobold, and has been his main ever since. There are now no other games. He enjoys all aspects of Warcraft and has a to-do list in game that could keep him busy for years with no new content. Apart from World of Warcraft, Posty enjoys family time, his puppies, social media, work travel, and occasional pilgrimages to Blizzcon!

Most Expensive Purchase: Bloodfang Cocoon (Soon to be Reins of the Mighty Caravan Brutosaur)

Amanda is taking a short break from TGQ team after being an invaluable assistant helping with email enquiries.

The First 48 Hours of Battle For Azeroth

Six New Mounts to Sell in Battle for Azeroth And Where to Get Them
Scroll to top
This site uses cookies: Find out more.