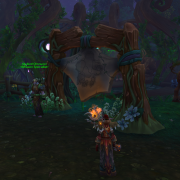 Ever wondered what was the best Legion Order Hall Follower setup?  Especially considering the lucrative 2,500g missions you can complete?

But you don’t want the work of finding out which followers are the best for your setup? The maths, the comparisons, my head hurts just thinking about it.

Jabari11 has done all the hard work for you, and posted the perfect Legion Order Hall Follower guide on reddit.

Finally, Lon Measley has put out a Class Order Hall, updated for Legion 7.3, which includes Argus Followers and Missions.

Hope this helps you with your Legion Order Hall.

Every profession can make a profit
Scroll to top
Posting....
This site uses cookies: Find out more.