Are you using your guild market to the full? How would you feel if I told you that you probably already have access to a secret marketplace that the other players on your server cannot access, a marketplace where the other buyers and traders will read everything you write and will want to help you make gold?

It’s just your guild forums! But what a great market they can be.

Tell your guild mates if you need any mats (stockpiling pyrite for potential epic gems anyone?  Buying lots of Truegold transmutes ready for patch 4 ….. oops I’m not allowed to say that number!)  The great thing about your forums is that your message stays “live” forever, or until the GM deletes it! Your trade chat message, on the other hand, is on screen for only a few seconds before it’s bumped off by the next incoming chat messages.

You can also offer a full list of your professions, in case your guild mates are desperately lazy and can’t use the guild roster, or you could write a little advert, listing your most popular crafting skills and patterns.

Making Your Guild Bank Work for You

Do you take too much from the Guild Bank, or too little? Different guilds have different etiquettes and rules about using the guild bank.  When I was raiding Karazhan, my raiding guild had the rules that no one ever needed to bring raid flasks, they were all provided by the bank, along with raid repairs.   In wrath of the lich king, the guild bank rules were that unclaimed epics could be requested by chatting with an officer, and made our alts very happy in their free purples.  When we downed Arthas for the first time, I donated a big bundle of gold to the guild bank as a reward for everyone.

What are your guild bank rules, and are you giving, or taking too much or too little?

More about giving to your guild in tomorrow’s post. 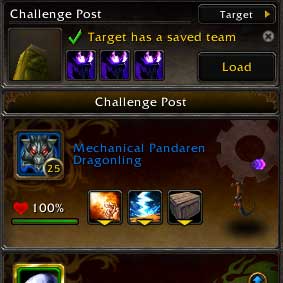 Are you a Hoarding Horde?

Gold With Your Guild | Guild Masters & Giving Back to Guilds
Scroll to top
This site uses cookies: Find out more.