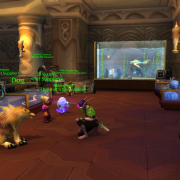 Making Gold by Standing Around in Dalaran

In Dalaran, you can find items on the streets that you can put on the AH?

I’ve always told you to never stand around doing nothing in capital cities.

But here is the exception!

A secret quest was found that allows you to bring your Mists of Pandaria Tillers <Dog> from your Warlords of Draenor garrison to the Dalaran (Broken Isles) pet shop.

For us gold makers, though, there is another aspect to this sweet story that is appealing.

The [Pebble] you can find on Dalaran’s street is not bind on pickup, not unique, and can be sold on the Auction House.

The Undermine Journal puts the price in NA servers at 5,000g but please be aware that this price will drop very quickly because

1 There are unlimited numbers of pebbles to be found on the Dalaran streets,

2 Once you have used a pebble to entice Dog to Dalaran, you can put the pebble on the Auction House afterwards.

Yet even if the price falls to 100g or less, these pebbles are free for the taking, and easy to put on the Auction House.

Pick up a few today and try them on your Auction House.

How to sell Pebbles on the Auction House

It would be a good idea not to advertise these on your trade chat channel, because you will certainly get someone immediately mentioning that you can pick them up for free in Dalaran.  Just post them up on the AH along with your other goodies for sale and hope that you get lucky.

Don’t post more than one or two at a time. 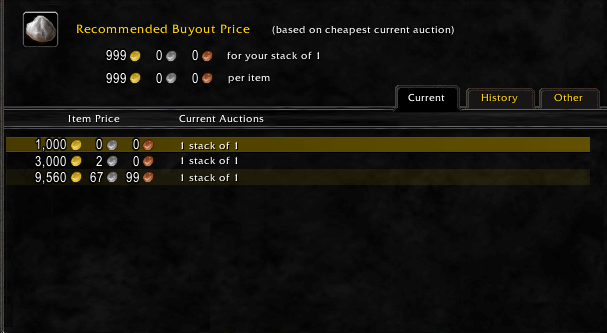 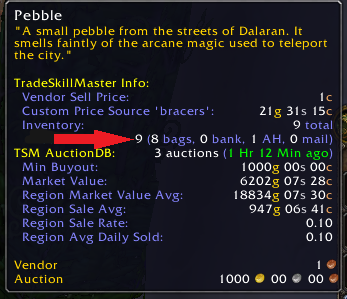 Where to get Pebble in Dalaran

Kruithne from twitter (yes, that Kruithne who recently did the awesome “Holding out for a Healer” machinima recently) uploaded a map to imgur

Pebbles are tiny, you need to zoom in and look very closely at the ground but after you have spotted the first few, they become easier to locate.

Hope you get lucky with your pebbles! 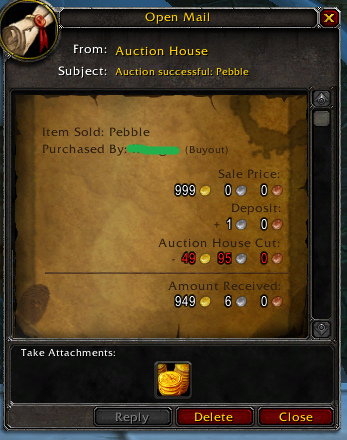 Flipping Mounts for Profit in World of Warcraft
Scroll to top
Posting....
This site uses cookies: Find out more.