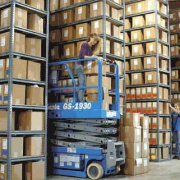 I was lounging around Orgrimmar, getting ready to run through some old raids when an interesting chat discussion came along.

I had spoken about this before the first time that I watched an inscription market crash and burn.  Of all of the different markets, inscription is really the easiest to crash.   Herbs on many servers are at dirt cheap prices.  Crafting hundreds of glyphs at a time.  Being able to list them at inexpensive prices and still being able to net a small profit.

To crash any market you need to have a base amount of gold sitting unused.  Mostly because it would be impossible once someone has bought out your first round of glyphs to have that many herbs stockpiled.  I probably shouldn’t say impossible but ultimately you will run out of raw material and either has to purchase extra or go and farm them.

A conglomerate of players would find crashing the market easier simply by one or two funneling the herbs into the scribe.  That way the scribe can be keeping the product artificially low.

Where morally crashing a market could be seen as reprehensible, financially it can be a very strong strategy.  There are 114 glyphs currently, 30 of those actually making a large amount of profit.  The others end up dribbling profits since they are not in high demand.    So let’s say you take the 10 highest profitable glyphs.  You can live healthily off of those 10 glyphs and then crush the rest of the scribe market.  Many players run away from markets that aren’t quick ‘list and profit’ type of markets.  This leaves only the die-hard players who know how to fight back.

There is always going to be a limit to your gold making soul of when enough is enough. With the new expansion Battle for Azeroth (BFA) coming next year and the new patch (7.3.5) introducing 4 new races to level and gear there will be enough gold making opportunities without the need to sell your soul. But where crashing a market isn’t necessary, you can keep an eye on good deals to flip (looking up the top 5 glyphs for each new race) and looking to craft those for large amounts of profits.

Ultimately a market will snap back simply because the planning on keeping the market artificially becomes boring.  Even the best of intentions will get someone only so far.  But the damage has been done when a player leaves the market for easier and more fertile ground.

Battle for Azeroth will probably bring new changes to the inscription market.

Don’t let the chain rattling of someone determined to sow anarchy into the mix to remove you from the scribe market.  Look at how the scribe market has always reacted to incursions and be prepared.

About the Guest Writer

Mommar began making gold his way in Azeroth 8+ years ago. Soon he took his menagerie of crafters and gatherers all the way to the legion HQ and beyond.  I’ve always believed in helping people if they ask and showing people that you do not have to be a Goblin Engineer to make gold in World of Warcraft. Many of the lessons I’ve learned in obtaining gold in WoW I’ve also adapted to my personal life. I have gained and spent over 8 million gold. Spending on personal items and helping my guildmates. Dancing on Azerothian mailboxes for gold tips is just a hobby.  I believe that everyone can make gold if they want to!

TSM4 Coming Soon. How to get into Beta
Scroll to top
This site uses cookies: Find out more.