But twink items are now much rarer. So will they sell better?

Go fix yourself a coffee right now, because this is going to be a long guide! 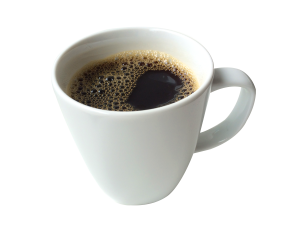 There’s more +int on the higher item level, farmed with a higher level character, but only the last staff, item level 18, could be used by a level 19 character.

All three items could be bought by a player wanting transmog, but only the last item would be useful for a level 19 player. 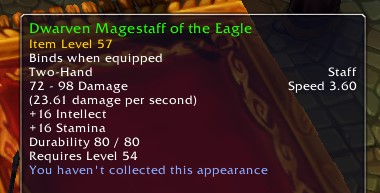 The first two Pagan Shoes drop was farmed on a level 110, so requires the character level of 60.

Only the last Pagan Shoes, item level 19, could be used by a level 19 twink player.

All three items could be bought by a player wanting transmog, but only the last item would be useful for a level 19 twink player.

How Did Loot Change in Warcraft Patch 7.3.5

Loot drops changed in patch 7.3.5 with dungeons now awarding personal loot, and every zone in Azeroth using the level scaling introduced in Legion.

This means that if you take a level 110 or 120 to an old dungeon, the loot which drops will scale to the maximum level. For example, Stockades will give you level 60 loot. Not level 19 loot!

Which Dungeons for which levels?

How is Loot Changing in Patch 8.0?  What is Legacy Loot Mode? 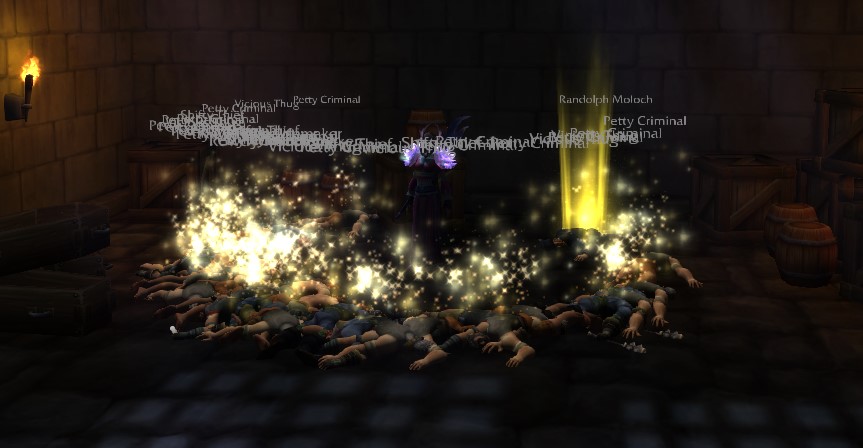 Which Gear To Farm for Twinks?

1: XPOff.  I started by looking at a Legion Twinking Guide, and checking which items were in high demand. Interested in Twinking?  Start with XPOff.  Here’s my grab of their information in case their website goes down again. https://drive.google.com/file/d/1wupreVkbXCMsCIBpe3Yee8yL5ac-9NyK/view?usp=sharing

2: Wowhead. Once I had that full list of twink items, I cross referenced the gear with wowhead. Here’s my guide to Why We Love Wowhead.

4: Finally we can make a list of dungeons and their loot drops, and put together an ideal twink team for farming each dungeon.

How to Farm in a Group

Bring your max level character, and party up with a level 19 character.  That level 19 could be a friend’s twink, or your own alt on a 2nd account.

Don’t have a second account?  Create a 2nd account today by buying a Blizzard Battle Chest, they’re priced very low now.  You will never need to pay a subscription on this second account, because your second account can be playing Warcraft in the background and sniping on the Auction House while you are questing, raiding, pvping and adventuring in BfA in your main account. Here’s part 1 of my sniper guide.

Don’t have time for that? Convince a friend to bring a level 19 alt to sit parked by the entrance while you kill everything, and offer to do the same for them in return.

Blizzard have recently (21 June 2018) reactivated old inactive accounts, with their Welcome Back weekend, so this weekend might be a good time to get your old accounts working again! 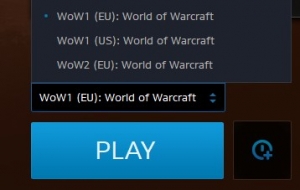 Farming the Stockades for Twink Items

Some of this loot can also be found in Stonetalon Mountains. When you farm Stonetalon, make a party with your level 19 character, and make sure the level 19 loots!

Let me know how you get on.