Cobra Scales are a very rare leatherworking material found from cobras and snakes in Shadowmoon Valley in Outland.

You can make a few thousand in raw materials farming these, or trade them up with your leatherworking skills and craft expensive transmog items for sale.

Where to Get Cobra Scales

NOTE: Cobra Scales are not a drop!

They must be skinned from cobras and snakes that you have already looted.  You need to be a skinner to skin the cobras and serpents.

A skinning knife would be useful here unless you like getting cobra blood all over your claws/paws/hoofs/lovely new gauntlets.

There are 3 pairs of Coilscar Cobras up at Coilscar Point

Inside Coilscar Cave there are 8 pairs

Outside cave there are another 2 pairs. 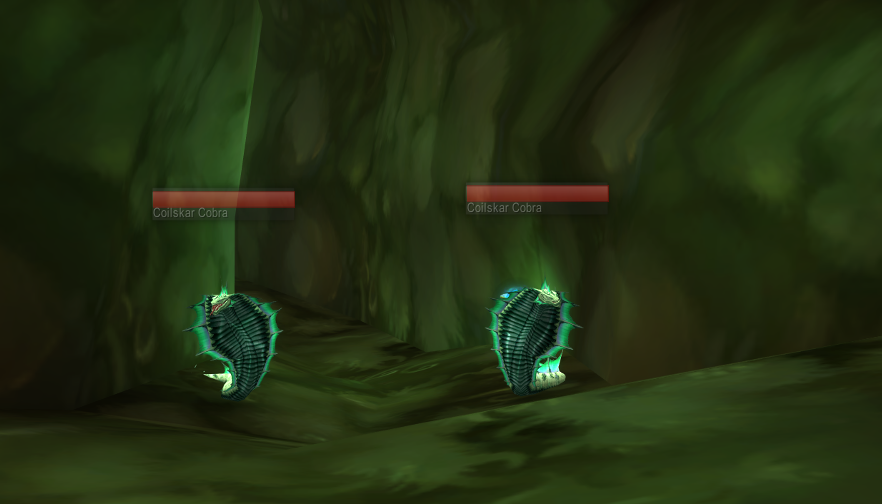 Coilscar Cobras just chilling out, waiting to give you scales.

More cobras up at Coilscar Point 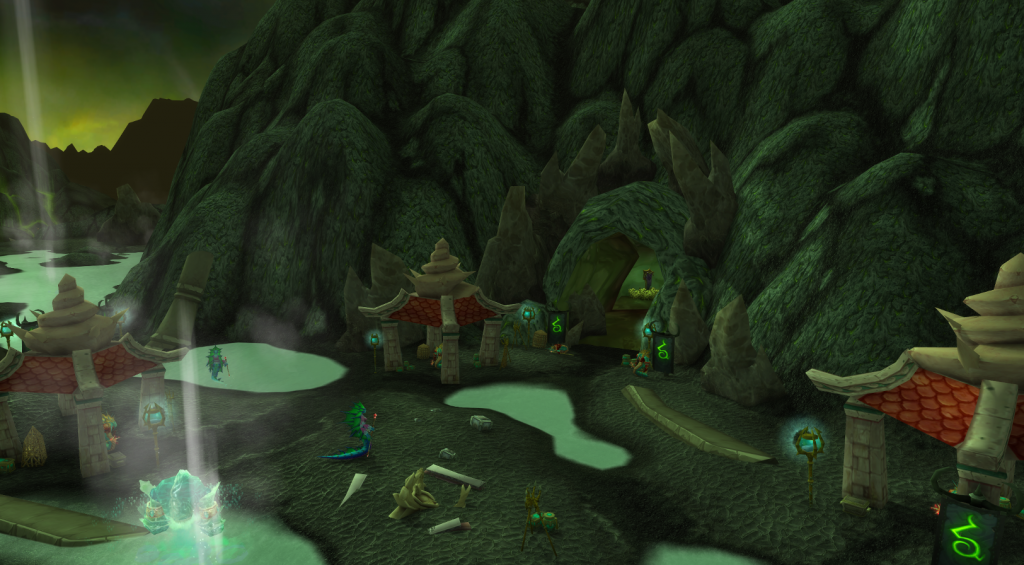 These are along the north edge of Shadowmoon Valley.

Remember, in Outland, the edge really is an edge, don’t fall off!

Start North West of Altar of Sha’tar, and continue until you reach the edge of Black Temple.

The Shadow Serpents have a purpley mist around them, which makes them easier to spot. Without the mist, they might blend into the grey-green earth. 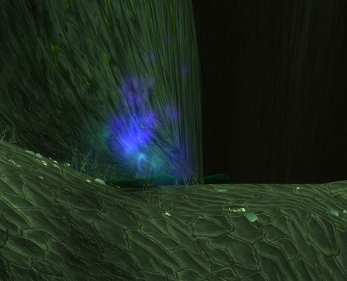 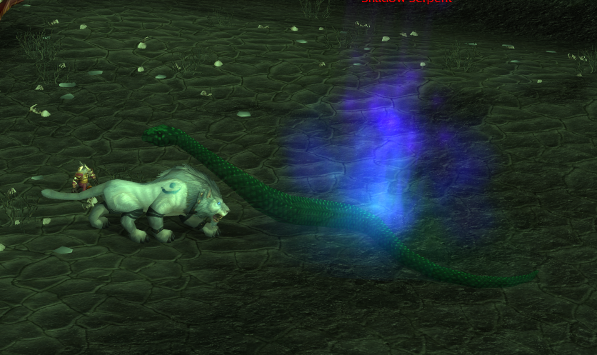 What else is nearby?

Coilscar Chests. Don’t waste your time with these they only drop trash. Throw the keys away. 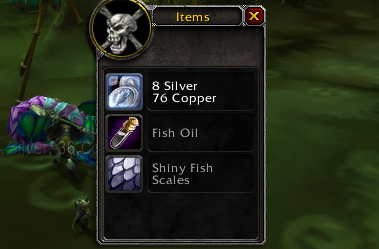 Into the Coilscar Cave, Do a quick route doing the 8 pairs of cobras within. 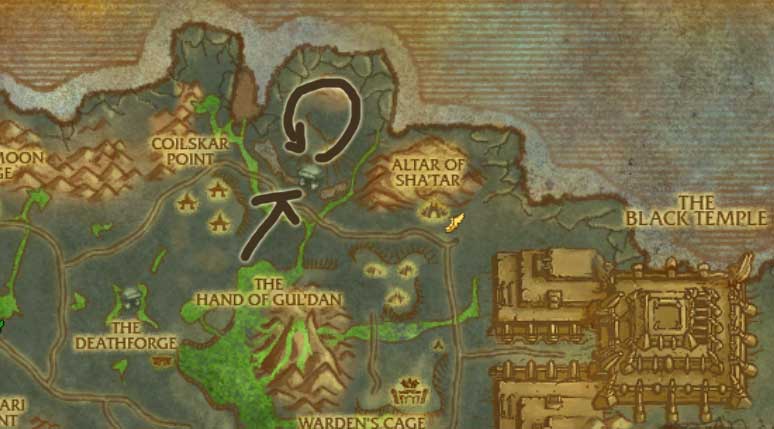 Along the shelf of Shadowmoon Valley, searching for Shadow Serpents. 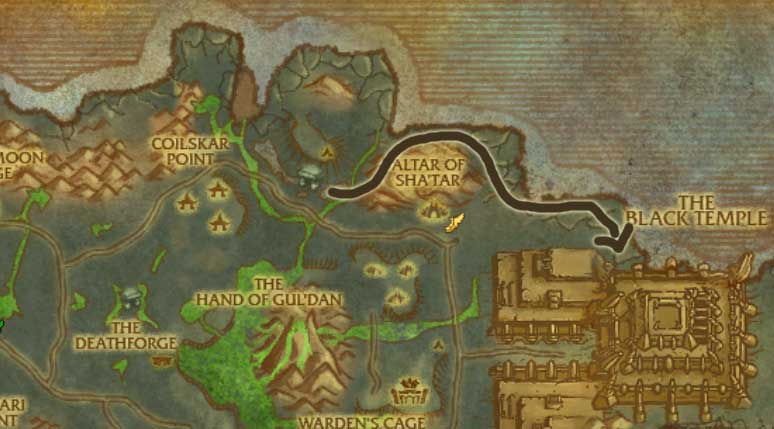 Jump on a new realm with Group Finder tool or Cross Realm Assist addon. Fly back along the shelf of Shadowmoon, retracing your footsteps.

Go back into Coilscar Cave, and repeat 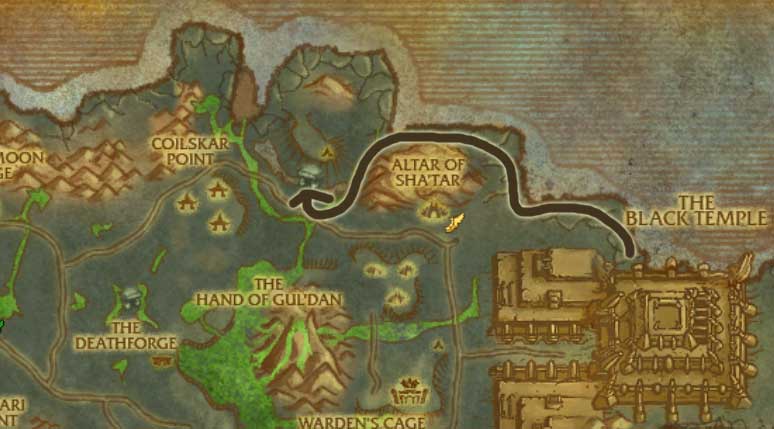 In 45 minutes I picked up

Getting your Gold from your Cobra Scales

Each Stylin’ leather hat can fetch thousands of gold in profit.

You will need to invest a little gold in acquiring the other materials (dye, thread).  Primals can be farmed quickly at the Throne of the Elements in Outland (not Draenor), and knothide leather you will pick up naturally while farming and gathering the Cobra Scales needed.

You will also need to invest some time. As an expensive transmog item, do not expect your new hat(s) to sell quickly.  Expect them to take weeks, rather than hours. 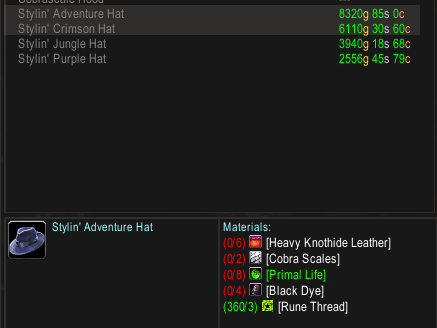 I picked up 8 Cobra Scales.

That gave me enough to craft 1 of each hat, making a profit of 20,926g after the cost of other other mats.

Good luck with selling them. Try not to flood your Auction House. 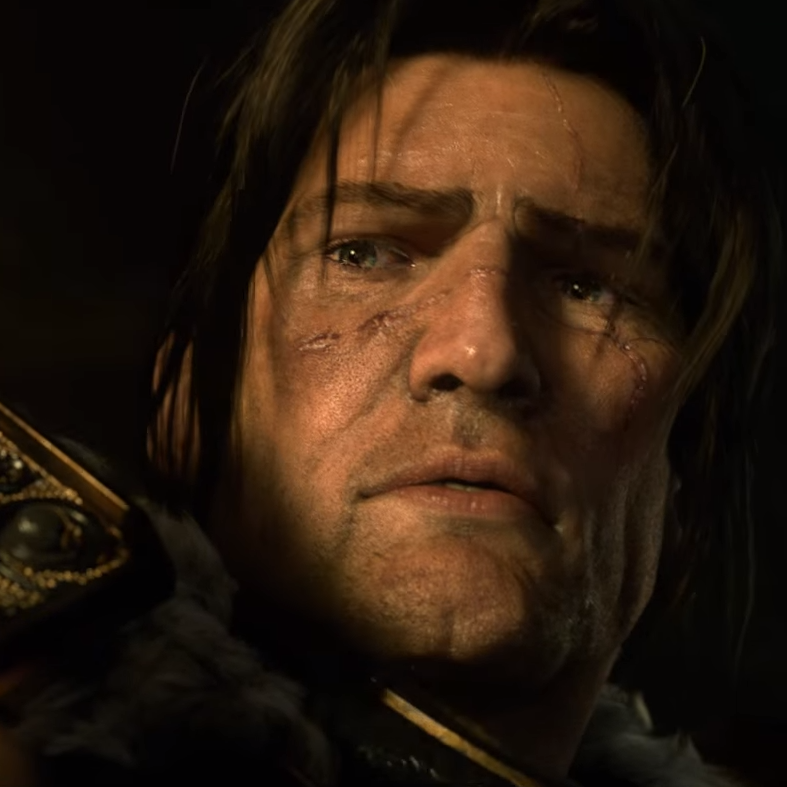 Legion Transmog Changes Will Sort The Worgen From the Puppies

Selling Services- How to Make Gold Without Farming
Scroll to top
This site uses cookies: Find out more.