Deepstone Oil is made from Albino Cavefish by alchemists. You’ll find it listed with

Albino Cavefish are fished up in Deepholm, but due to the number of mobs near the western waters and marsh, I recommend fishing in Silvermarsh and Crimson Expanse in the east of Deepholm. Careful of the red mist.

I usually post deepstone oil in stacks of 8 on the AH, as a stack of 8 oil is one ingredient for the Vial of the Sands.  However, I got a letter today from an enterprising reader who had been trying the reverse tactic.

I’ve had a lot of trouble getting gold lately, but here’s a little trick I found that works pretty well on my server. I buy deepstone oils in packs of 8 from the AH for 49g, and then resell them in trade for 15g each. A lot of people on my server seem to like these, and so I’ve made a few hundred gold in about 10 minutes.
Ben Stame, aka Damith, Borean Tundra US[/quote]

Ben’s customer will be the person who likes silly tricks, the sort of player who buys elixir of giants, savory deviate delight, potion of illusion and the gordok ogre suit.  This late in the expansion, players have more gold to spare, and will pay for a unique look.

Paying for a unique look is also the reason why some greens (low level uncommon armor) sell for transmogrification.  In a busy world of warcraft, players all want to look special.

Do you sell Deepstone Oil in single stacks, or in stacks of 8?

My Server Is Really Hard to Make Big Money 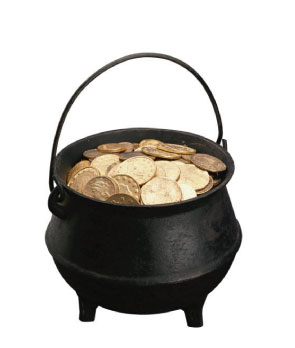 3 Reasons I Will Not Play Diablo 3
Scroll to top
This site uses cookies: Find out more.