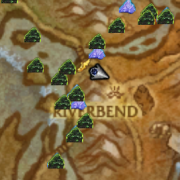 How is your gold making going in Warcraft, now the Legion expansion has been released?

I’m seeing some success with Fishing!

If you are fishing to make gold, I suggest you sell your Silver Mackerel today while the demand is still high.  They are used for first aid, and the lowest demand food. Their prices will be down by the weekend.

On the other hand, you can fish up the rare baits that are needed to catch the rare fish for the fishing artifact and these can be sold on the Auction House without much competition. 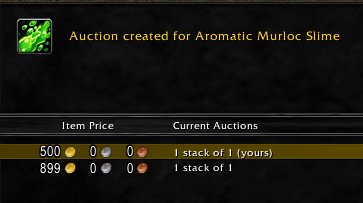 Fishing went really fast! I’ve already got many of the fish I need for the fishing rod/pole artifact!

We have a starter guide to fishing up on Legion Gold Guide for members, which patreons can get a preview before launch.

Being one of the first on my realm to put cooked food on the Auction House, I sold cooked food at a steady price, mostly fished up ingredients so far, but this will change over the next few days and weeks. 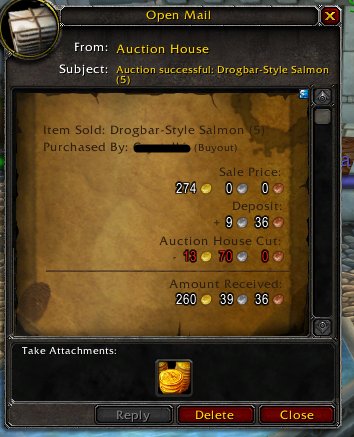 Success in Mining and Skinning

My miner had great success, following my highmoutain route that I planned in the beta.  My favourite area to mine is currently at Sylvan Falls where you can even check out the nodes from the air as you take a flight path in from Dalaran.  That saves you a few minutes running.

Ore went to level my Jewelcrafter up.

For Skinning, I haven’t got my skinning alt across to my prefered area in Stormheim, but I’m doing well running around all the leveling characters in Highmountain, picking up leather skins that they leave behind. I don’t even need to kill.

Nothing from Herbalism yet

I haven’t touched my herbalist gatherer yet, although I do have the gathermate2 data on all the herb nodes that I gathered in the Warcraft Legion beta.  If you want a copy, you can gain access to Legion Gold Guide before release by supporting my work on Patreon

As I level up my leatherworking, I made lots of armor quite early in the day and that proved to be a hit on the Auction House.  Peelyon on twitter reported his guild mate was having enormous success with leatherworking. 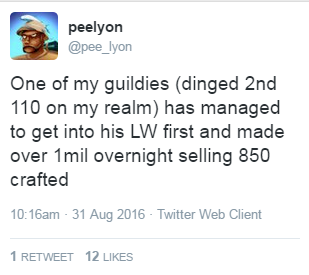 Success in RNG looting and the “kill everything that moves” method

Total luck involved in this sale, which came from the “kill everything and hope!” method of farming.  RNG game me a nice ilevel 765 BoE epic cloak. 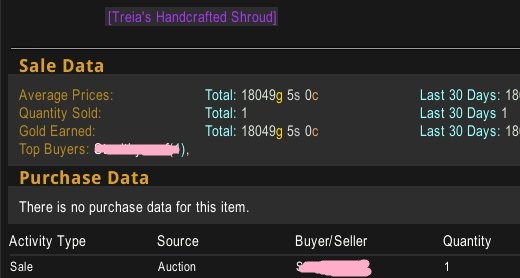 Gem Chips are used for fun food, and for the very first quest in Jewelcrafting, and pretty much nothing else. I’ll bet you 50g that they will be giving them away for free by October!

Sell them now while you can. 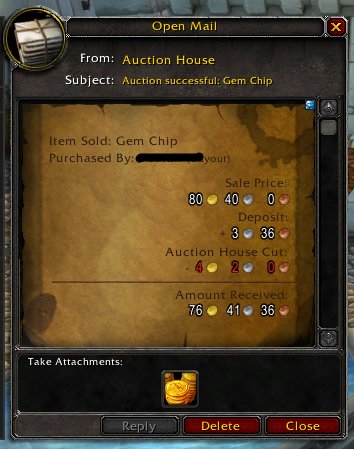 Do not throw everything away that you loot.  Today I sold a grey I picked up in a chest in Azsuna

You can get better prices for your trade goods depending on their stack sizes
If you are buying, then you should be buying OLD WORLD materials that are briefly going down in price while competitors focus on legion.

I hope your Legion Gold Making is going great.

Good luck, let me know how you get on.

Where Can You Pick Up 1,000g Items Lying Around On The Ground?
Scroll to top
This site uses cookies: Find out more.