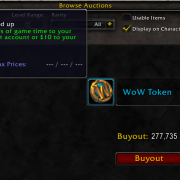 World of Warcraft have just announced Battle for Azeroth Q&A on 30 January 2018.

There are rumours that this could mean opening Battle for Azeroth pre-orders.

Pre-orders can be purchased with battlenet balance, which can be topped up with gold by buying wowtokens at the auction house.

Whether this is true or not, the rumour will be enough to create a run on wowtokens.

Join us live next Tuesday as we answer your #BattleforAzeroth questions for our latest Developer Q&A! Submit your questions using #WarcraftQA. 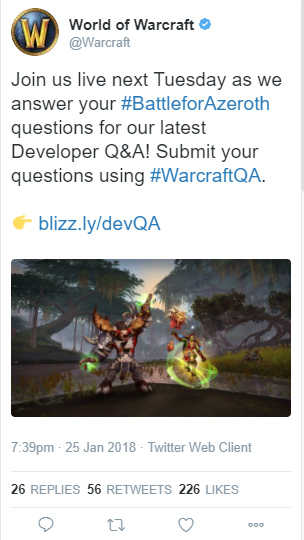 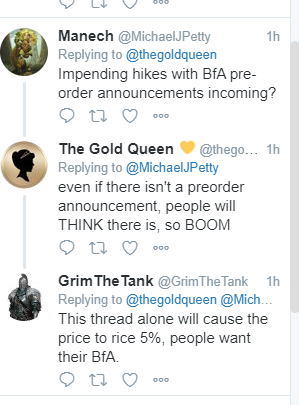 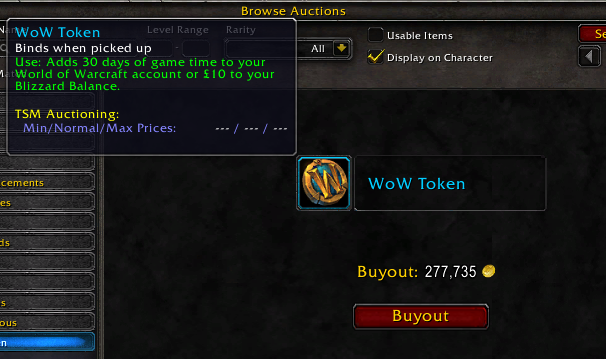 If you can afford to buy extra wowtokens, right now would be a good time to buy them.

If you don’t have enough gold, have a look through some of my guides to help you make more gold.

If preorders are announced, then wowtoken prices could rise.

If the Q&A does not include an announcement of pre-orders, then wowtoken may go back down a little, but it will rise when pre-orders are later announced.

As we near the end of the expansion, players are consolidating their inventories and relaxing from raiding to focus more on gold making. Wowtokens are likely to rise just for this reason.

How to Track Wowtoken Prices

Use an ingame addon to track wowtoken prices while you are playing Warcraft.

The addon checks on login and after that every minute if the WoW Token prices were changed, if so then it shows a window with the new price and how much it changed compared to the last price in percentages, if the price increased it is shown red, if it decreased it is show green.

When you’re not playing Warcraft, you can track it on the website. 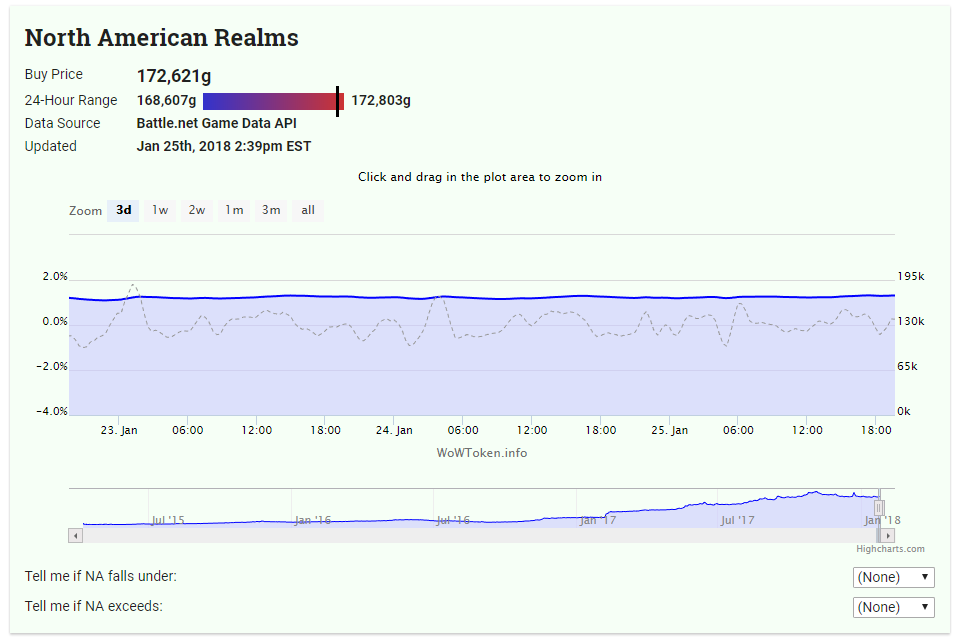