That’s all I hear on twitter the last month! World of Warcraft players in a frenzy to buy the game, or use their annual pass to download and install their free Diablo 3 game.

As an annual pass holder (I wanted the mount), I’m eligible for a free Diablo 3 download, and today I’m apparently allowed to install it. However I have no intention of getting involved in Blizzard’s newest game. Why?

1 I’m determined to be an Expert in World of Warcraft Gold.

That means no deviating from course, not getting side-tracked by fun projects, no abandoning my blog for a diablo 3 blog.  I will always be here for you, playing World of Warcraft with you, and giving you my free tips.  I guarantee Gold Queen will stay on World of Warcraft for at least another 2 years.  That’s a *lot* of free gold blog posts.  I have my work cut out so I am keeping on target.

You may or may not know that I am quietly, steadily and surely, writing, recording, and producing my own world of warcraft gold guide.  I’ve been working on it in my spare time since April 2011. I refuse to release a quickly made product or any guide until I’m 100% proud of it.  And hey, with my dedication to the WoW Auction House, and my determination to regain my One Million Gold Cap, which I spent last month in one weekend, I don’t have much spare time left!

2 I don’t wanna be addicted

Don’t get me wrong, I love Diablo.  I used to love Diablo 2.  When Diablo 2 was out, I’d play it for hours. I had a tiny little house in Nottingham England, and a tiny little bedroom and half of it was my bed and the other half was my Diablo 2 PC.  I had a druid, and used to play diablo far too much. Take that Skeleton Archer and Sand Maggot!

The other one I played was Baldur’s Gate. Loved that.  Imoen was my favourite ahead of Minsc and Boo. 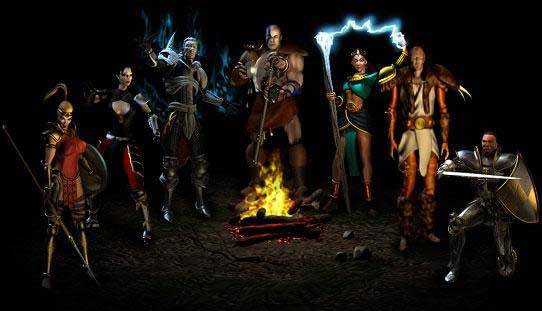 3 I’m always last to the party

You know those girls who wear the very latest fashions and look stupid? I’m not one of those.  I wear them 6 months later, and look even worse because everyone and their dog now buys those trendy clothes at the local supermarket for £2.50.

World of Warcraft had been out for a few months before I decided to play it. I started playing WoW just after the original Zul Gurub and Arathi Basin were released in 2005.   I’m a pretty loyal girl though, 6 1/2 years is a long time to stick with one game!

What do I not know about Diablo 3?

Battletags? I have no idea what they are. Wanna enlighten me?

The free game I get with the annual pass.  Can I put it on my son’s PC instead and let him play?  He’s 12 1/2  He’s currently addicted to Minecraft, but when I said I’d research whether he’d be allowed to play instead of me, he punched the air in excitement:  “f_ckyeah!!”

I don’t know anything about the Real Money Auction House.  If you want to know about that, you’ll have to ask Markco, who has been researching the thing for his Diablo 3 Gold Secrets guide for at least a year now, or ask Peng Joon, who’s running the Diablo 3 Secrets guide.  These are both affiliate links which means if you visit the site and decide to make a purchase, I’ll get a small comission which will support Gold Queen website. For a free guide, check Markco’s blog and free diablo 3 guide or check Oligopoly’s Diablo 3 Professions guide in association with WarcraftEcon.net  You may remember Oligopoly helped to approve Gold Queen comments when I was in hospital late last year, so he deserves some good luck in return!

So ask me about Diablo 3 and I’ll shrug and point you at the people who know.  World of Warcraft, on the other hand, I can help you with. 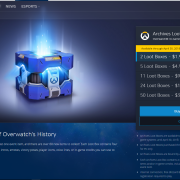 How to Get Overwatch Loot Boxes, Without Paying a Penny
15 replies