Your invitation to my 10 Year Anniversary Party

I started playing World of Warcraft in October 2005 and rolled my first character, a purple haired night elf druid.

She is still my main today.

That’s 10 years playing the same character in World of Warcraft.

To mark my 10th Anniversary and my druid’s “birthday”, I’m throwing a Garrison Party and you are invited!

“You are warmly invited to

a garrison party on 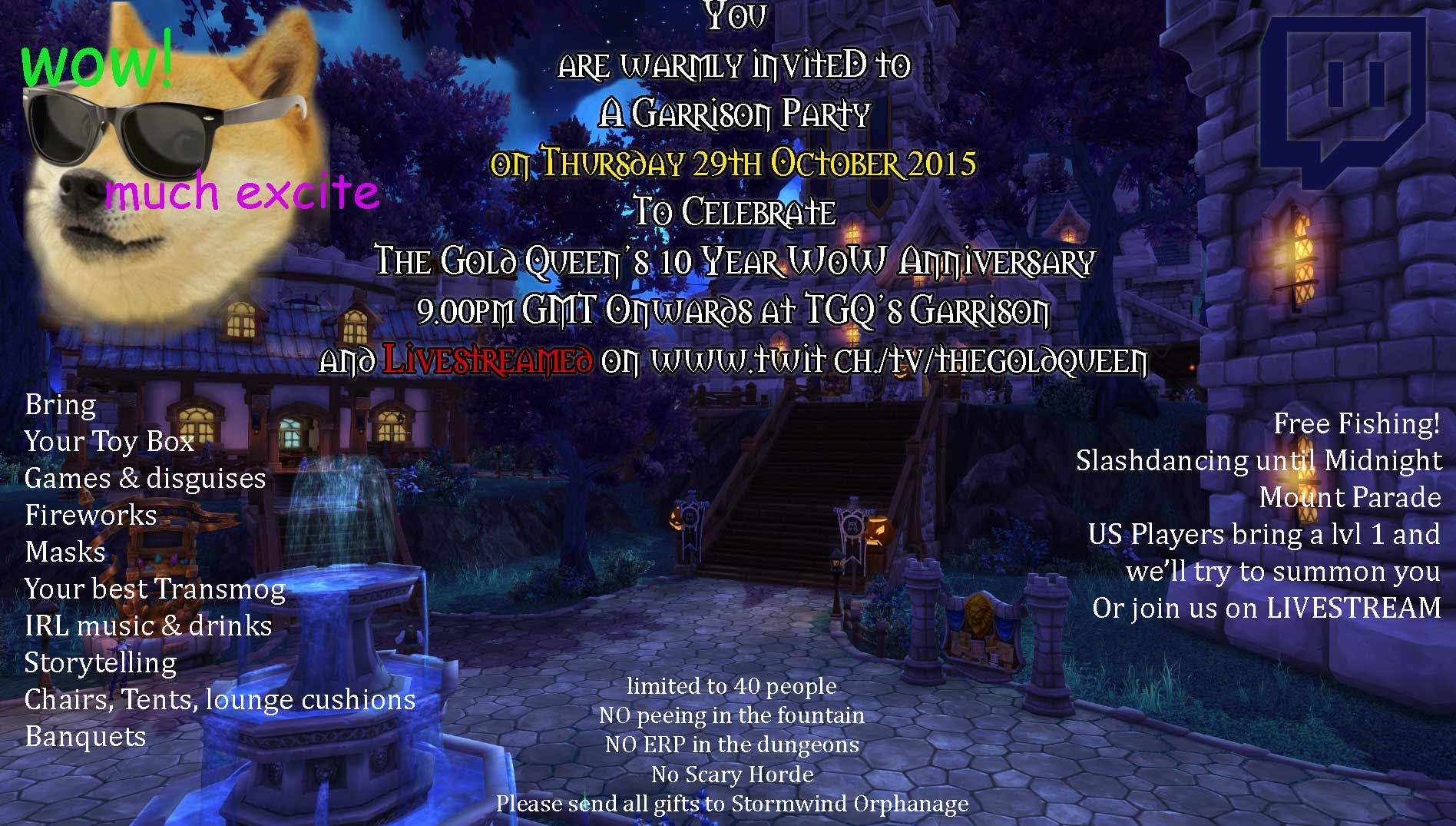 How much does this cost?

It’s a party it doesn’t cost anything!

I can only fit 40 EU Alliance into a raid, and thus my garrison at one time.  So if we’re more than that, you’ll either have to join us on the Livestream, or we may have to move the party elsewhere.

Sorry, but I can’t party/raid with you if you’re opposite faction to my main, so either make an alt and I’ll try and get a warlock to summon you over, or join us on the livestream

Hey, I’m American! Can I join?

Although I have a US account, I play on the EU servers with my main, and if you want to join me there, you are going to need a full World of Warcraft EU account. The starter edition won’t give you enough privs to join us. If you don’t have a EU account, you can join us on Livestream and party in the chat with us.

What is a Livestream anyway?

Over at www.twitch.tv/thegoldqueen you can watch me play World of Warcraft on the occasional days that I stream the game live.  Usually I only stream when I’ve got some new gold making technique to show, or if someone wants some help and I need to show use of TSM (It’s usually TSM lol!).  If you have or create a twitch account, you can join in with the chat. 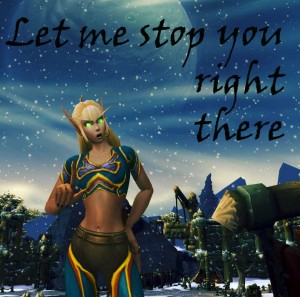 Ok can I have your battletag?

No. I keep my battletag, my friends list, and my realm information for myself and my friends.  In order to join, I will make an invite-only LFG group using the group finder tool at 9.00pm GMT with the title “TGQ party with viewers” and you can ask for an invite that way.  If we get trolls, I’ll just throw them out.

Should I bring a bottle?

It would be fun if you brought your toys, maybe some chocolate cake, fireworks, fun mounts, maybe we’ll have a fishing party. I don’t know many party games, do you?  If nothing else, we can listen to music on the Livestream and /dance until midnight.  I plan on having champagne IRL.  After all, 10 years is a big celebration for me.

Can you give me gold tips while I’m there?  I can show you my professions?

No, not this time. I’m celebrating, not working.

Have you got the 10 year orc statue?

Use group finder to join the party on the night 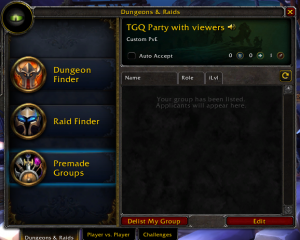 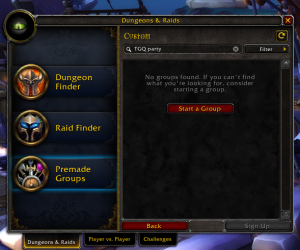 How to steal a snatch list – is this even legal?